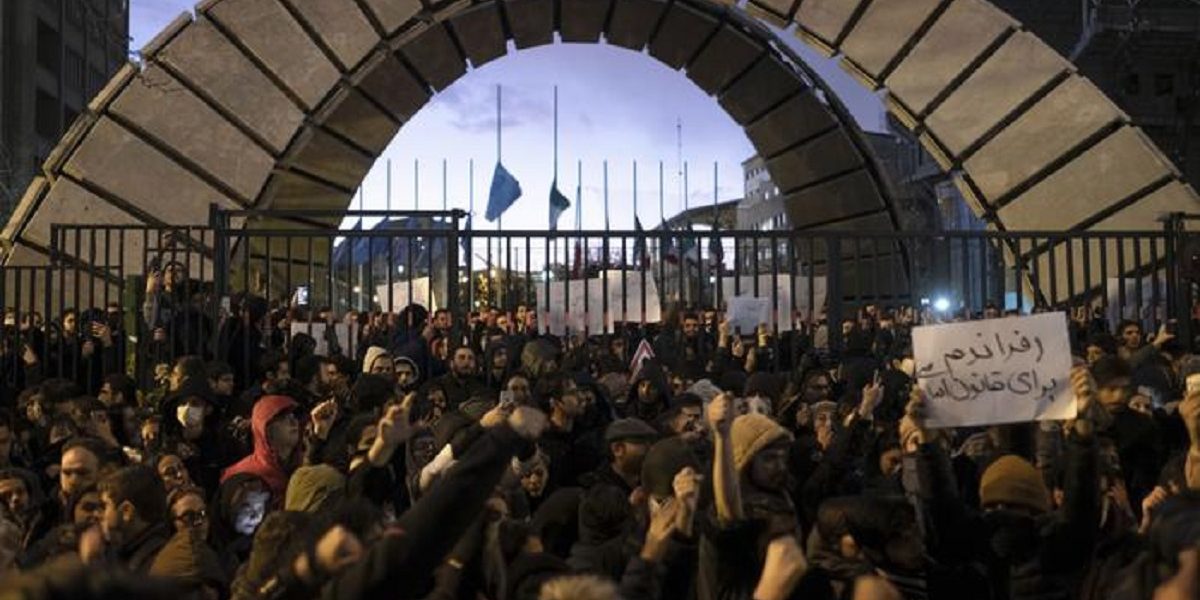 Britain Foreign Secretary Dominic Raab described the arrest of Britain’s ambassador to Tehran, Robert Macaire in Tehran during the demonstrations on Saturday as a “flagrant violation of international law”.He said:


The arrest of our Ambassador in Tehran without grounds or explanation is a flagrant violation of international law. The Iranian government is at a cross-roads moment. It can continue its march towards pariah status with all the political and economic isolation that entails, or take steps to deescalate tensions and engage in a diplomatic path forwards.

Sky News has reported that Macaire was arrested and briefly held in Tehran during the demonstrations over the downing of a Ukraine plane by the Iranian army.

The plane crashed killing all the 176 passengers ( Iranian and Iranian-Canadian citizens) and crew on board.

Relations between Iran and Britain have been normalising following a storm into two compounds of the British embassy in Tehran on 29 November 2011 by Iranian protesters.

The storm was triggered by the 2011 joint American-British-Canadian sanctions and it followed the Iranian government’s Guardian Council approval of a parliamentary bill expelling the British ambassador over those sanctions.

Britain responded by closing its Tehran embassy on 30 November 2011 and also ordering the Iranian embassy in London to be closed.