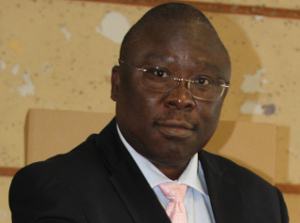 My commitment is signposted by realities. Born of a founder member of the liberation struggle leading to my esteemed experiences in the defence forces, unlocked value as a businessman. I, therefore, have knowledge of the system, benevolence, and the entitlement culture.

Indeed, sacrifices, selfishness epitomised the individual and common beliefs of the struggle. With it came to power, corruption and opulence. 40 years the fee note has yet to be paid in full. The feeling of entitlement abounds. This marks the travesty of our political system.

To ensure power and the right to rule, threats of the return to war have been repeatedly peddled especially in rural communities. Distorted structures of War Vets and War Collaborators have been continually manipulated and recreated for purposes of mobilising the masses.

These echelons are managed and coordinated at the highest levels of Zanu PF/Intelligence Agencies, using nationwide JOC structures. The reservoirs are drawn mainly from serving and retired security members whose clients are mainly unemployed youths, thugs, and criminals.

Serious intelligence and propaganda machinery are at work continuously. Family, workers, spouses, girl/boyfriends (including the church, club, political party members and vendors) are some of the tools. There isn’t any exception to the rule. These are sustained off balance sheet.

Internally, the system is willing to fight to the end to protect and preserve its corrupt grip on power so as to guarantee its future. Many are in this train for protection or for fear of persecution, others drive the agenda and are co-conspirators in the State capture.

Zanu PF regime will not reform itself out of power, even its factions consolidate and attempt to own the Executive, Political, Military, Judiciary, and Economic power. Ambition is considered treacherous thus done in clandestine (mostly along tribal lines). This disgusted me.

I put it to you my fellow citizens, that we are far worse than we ever were as a nation. Our property is expropriated, we are killed, abducted, beaten, brutalized and lately poisoned for exercising our democratic and constitutional rights. Enough is Enough!

Fear is very dangerous. I will fulfil my mandate for Zimbabwe, I know that together we will prevail. Current attempts to abduct or assassinate me in a known SADC country will not work. I’ve divine protection and of course, I’ve taken other measures. Zimbabwe will be Free!

I have had exposure and knowledge of the workings of the system. Even though I haven’t been in the Zanu PF government, I was MP, Politburo member for three years, Provincial chairman for two years, and Military officer in the Special Forces. I’m a renowned businessman.

I’m thus knowledgeable and experienced for the task at hand. I thank God for this valuable knowledge. This isn’t a game. It’s about lives, the future, and our country. Together we must stand. Even the perpetrators are also yearning to be truly redeemed. God is with us.

Let’s not be partisan or fool by cheap rhetoric or immature and opportunistic tendencies. Facts are stubborn, so let’s turn the page.