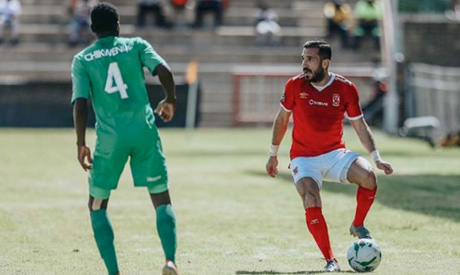 Platinum drew first blood in the 19th minute when a right-wing cross found Rainsome Pavari at the far post, with his cross-cum-shot diverted home by Stanley Ngala after wrong-footing keeper Mohamed El-Shennawi.

Following the introduction of winger Mahmoud Kahraba in the second half, Marwan Mohsen brought the Red Devils level six minutes after the restart.

Pure Platinum Play managed to keep their more illustrious opponents at bay until the final whistle.

Al Ahly are now on seven points while Tunisia’s Etoile Sahel and Sudan’s Al-Hilal, who meet later on Saturday, have six points apiece.

This draw gave Platinum their first point in the 2019/20 CAF Champions League at the fourth time of asking and this was new Dutch coach Hendrik Pieter De Jongh’s first game in charge.

Next, the Zimbabwe champions take on Al Hilal while the record eight-time winners, who are eyeing their first Champions League crown since 2013, host Etoile.