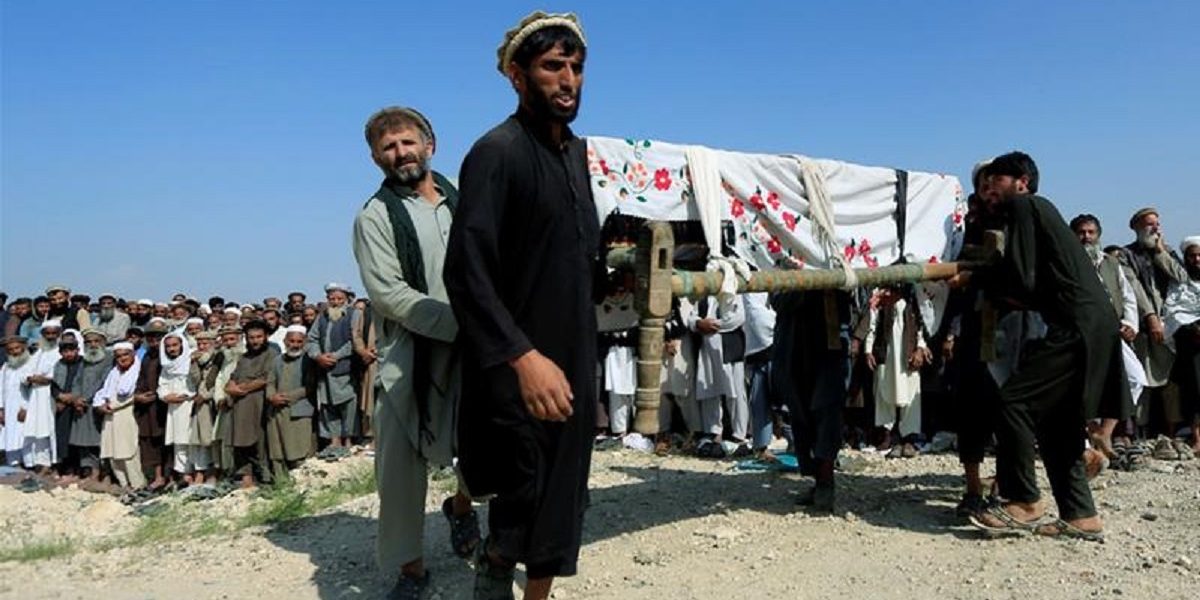 A United States of America drone strike has killed the commander of the Taliban group and also more than 60 innocent civilians who were nearby.

Al Jazeera reports that the development was confirmed by Herat provincial governor’s spokesman Jailani Farhad who on Thursday revealed that the Taliban commander, named as Mullah Nangyalay, was killed in Shindand district close to the border with Iran.

According to the people, over 60 civilians were killed and wounded in the operation.

The spokesperson of Resolute Support, NATO’s mission in Afghanistan, told AFP news agency that they launched “a defensive air strike in support of Afghan forces”, and also confirmed US participation in the operation.

The development comes barely a week after the US also killed the Iranian Quds commander, General Qassem Soleimani in Iraq.