ZEC Deputy Chief Elections Officer J.P. Chigudu wrote a letter to the party on 6 November 2019, acknowledging its existence. In the letter, Chigudu wrote:

The Zimbabwe Electoral Commission (ZEC) acknowledges receipt of your party profile documents, the contents of which are noted.

Your organisation has been included on ZEC’s stakeholder database and mailing list for notification when appropriate meetings that require your input arise.

Recent reports indicate that the Zimbabwe People’s Party (ZPP) has written to ZEC complaining against the use of the name by the Mzembi-led party.

See ZEC’s letter to the People’s Party below: 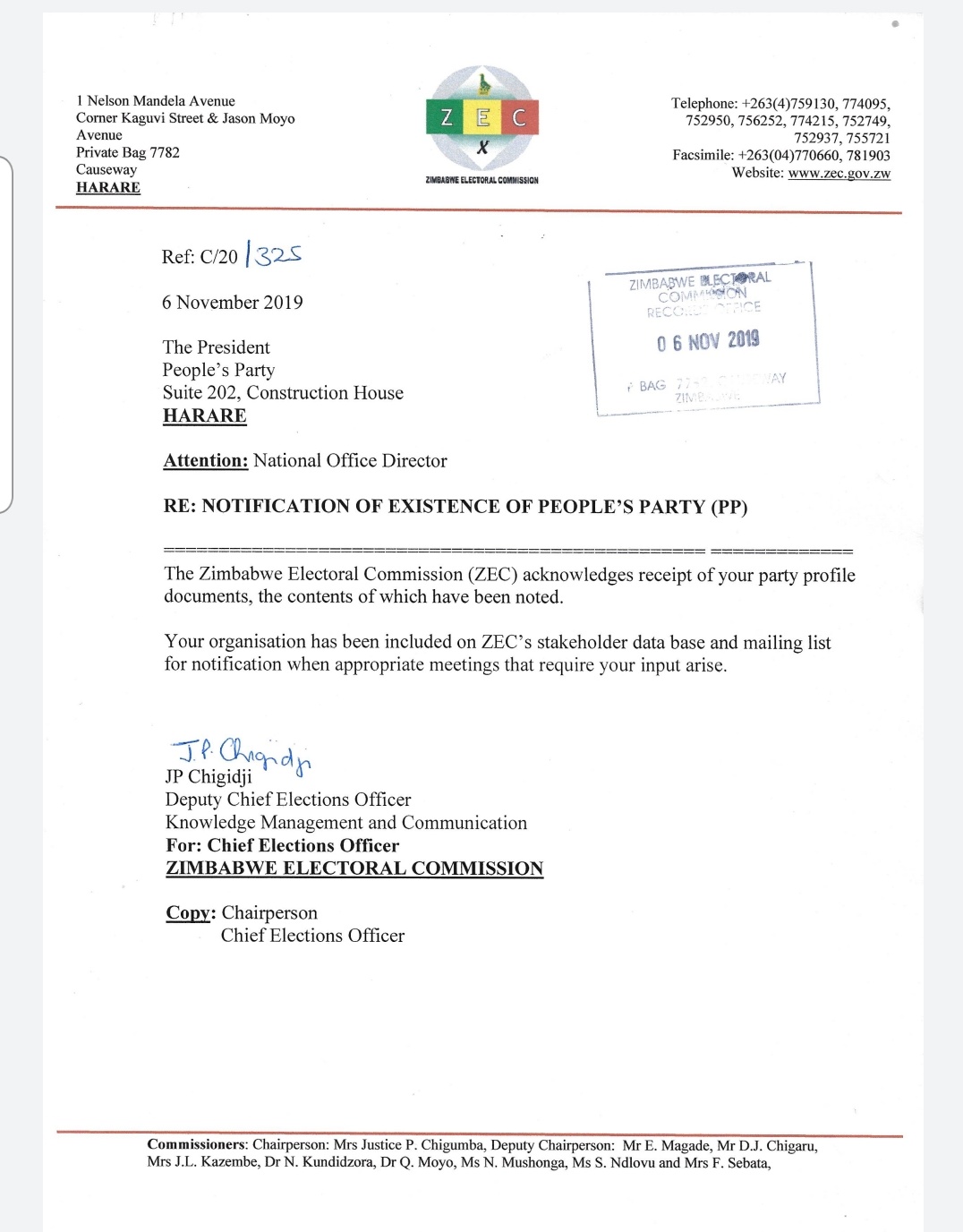