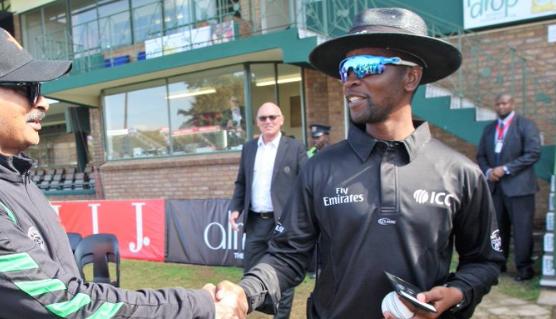 Iknow Chabi has been named one of the umpires for the Cricket Under 19 World Cup 2020. This was revealed by Zimbabwe Cricket in a Tweet:

@ZimCricketvmatch official Iknow Chabi has been named as one of the 16 umpires for the
@ICC Under-19 Cricket World Cup 2020 to be staged in South Africa. He’s a dedicated and hard-working umpire and we wish him all the best at the tourney! #CongratsIknow #U19CWC

The under 19 World cup will be held in South Africa from 17 January to 9 February 2020.
Source: Zimbabwe Cricket Twitter