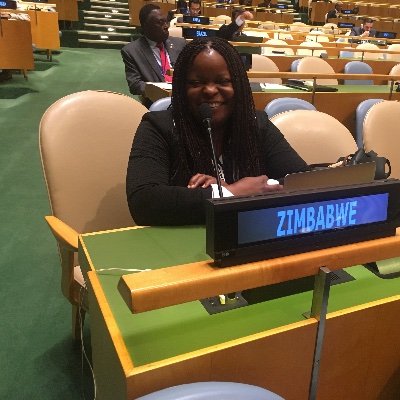 Former President Emmerson Mnangagwa’s advisor, Petina Gappah, who is an international lawyer and investment expert, has criticised the Zimbabwean government for proposing to amend the Constitution.

Gappah said the Constitutional Amendment Bill sets a dangerous precedent of changing a constitution before it has been implemented. Writing on Twitter, she said:

The problem of the proposed constitutional amendments is not that “ED will have greater powers than Mugabe”. This is hyperbolic propaganda.

The real problem is that it sets a dangerous precedent of changing a constitution that’s barely been implemented since it was approved.

It’s also a spectacular own goal. For 2 years, the government has done nothing about constitutional/political reforms they promised.

And yet they’ve speedily approved this. They’ve set themselves back on foreign policy aims, e.g. rejoining the Commonwealth, deepening reengagement

The Chief Justice clause is unintentionally funny in what it says about our judiciary. It is a public vote of no confidence.

It sends a clear message that no one is good enough to be Chief Justice so the current one has to have the constitution amended to allow him to stay.

This I believe is the most unfortunate aspect of the proposed changes. Our institutions urgently need strengthening to make them independent of political control.

But they are willfully making changes to weaken the judiciary. I sincerely hope these changes do not go through.