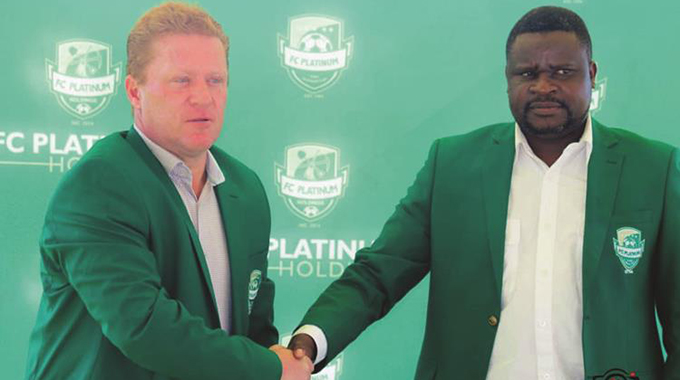 Dutch coach Hendrik Pieter De Jongh’s vast experience in coaching various clubs and national teams in Asia, Europe and Africa is what led to his appointment as head coach at FC Platinum (FCP).

This was said by FCP chairman Evans Mtombeni when the nomadic coach was presented to the media at the unveiling ceremony on Monday. Said Mthombeni:

He is quite an experienced coach, someone who has coached various clubs and national teams in Africa.

… we felt his abilities can help us locally and in the CAF competitions as well in fulfilling our vision as the best team locally and also to improve in our participation in the Champions League. We are glad he signed a long-term contract.

FCP is in the CAF Champions League and has already lost all three games it has played so far this season – against Esperance, Al Hilal and Al Ahly.