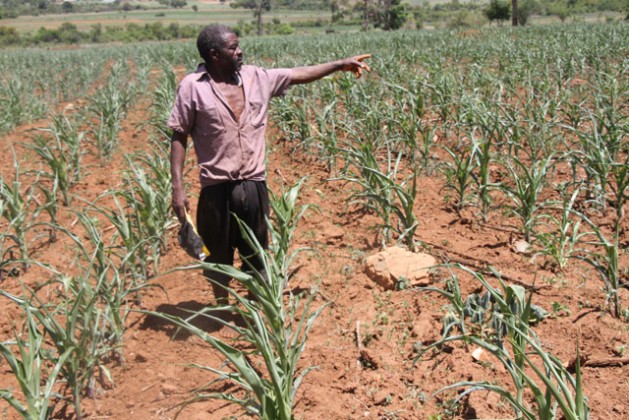 If there is no rainfall in the next two weeks, most of the maize crop will be a write-off as the intraseasonal drought has extended close to a month.

This was revealed by Davison Masendeke, the principal agronomist in the Department of Agricultural Technical and Extension Services (Agritex) in Matabeleland North Province in an interview with Sunday News on Friday. He said:

We are facing a dry spell which started three weeks to a month and we are saying if we don’t get rains in the next two weeks, we are going to write off a certain hectarage of our maize crop.

In terms of rainfall, we are below the average amount we recorded last season, in almost all the districts except for Bubi and Tsholotsho (districts).

The rainfall has been characterised by poor distribution in terms of space and time and this affected the rate of planting, crop emergence and establishment.

Meanwhile, the Meteorological Services Department (MSD) has predicted that the current dry spell will persist until the 10th of January when moderate precipitation is expected.

This comes at a time when a weather forecast issued by the SADC Climate Services Centre (CSC) indicates that from January 1-6, the greater part of the region will receive heavy rainfall.