Zimbabwe Republic Police have announced that they will be embarking on a firearm profiling exercise. In a statement released on Saturday, January 4, 2020, ZRP said that the exercise is meant to account for all firearms in the country.

The development comes as reports of gun violence have been increasing in the country with a South Africa-based lecturer who was shot dead on the New Year in Chipinge being the latest victim.

We present below ZRP’s statement in full.

The Zimbabwe Republic Police’s Criminal Investigations Department has put in place an initiative whereby firearm holders are profiled by the Department’ s Ballistics section before acquiring a Firearms Licence or renewing the already existing licence. The process started on 02″ January 2020.
The new development by the Criminal Investigations Department is aimed at profiling and accounting for all firearms in the country. Firearm Holders are to bring their firearms together with three live rounds for the process to the Ballistics section, which is situated at CID Headquarters along Chinamano Avenue in Harare. The process is being conducted free of charge.
Police urges firearm holders to take advantage of this initiative and have their firearms profiled and properly accounted for in terms of the law. 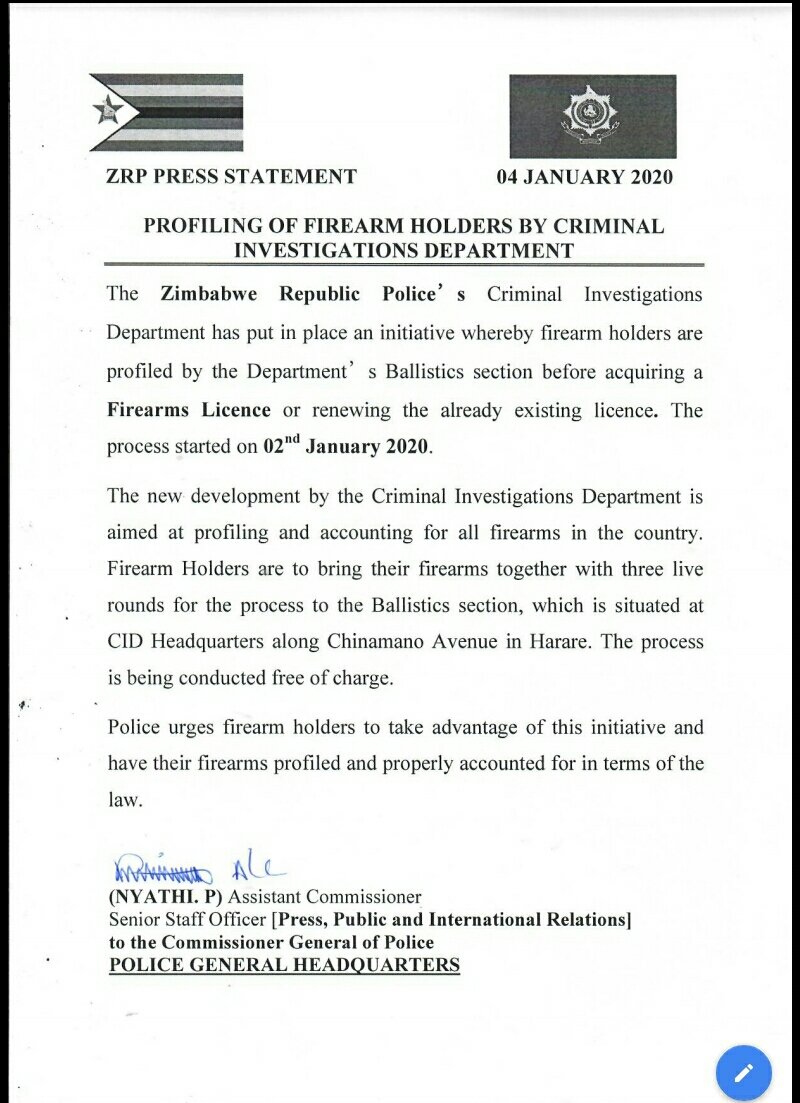