The Law Society of Zimbabwe has issued a statement expressing concern over a statement that was issued by the Zimbabwe Anti-Corruption Commission which purports that there are some judges who are being investigated for corruption.

ZACC had released a statement on the 29th of December last year which indicated that the commission had over 600 pending dockets against Ministers, judges, legislators and executive directors and managers of companies.

We present below LSZ’s statement in full. 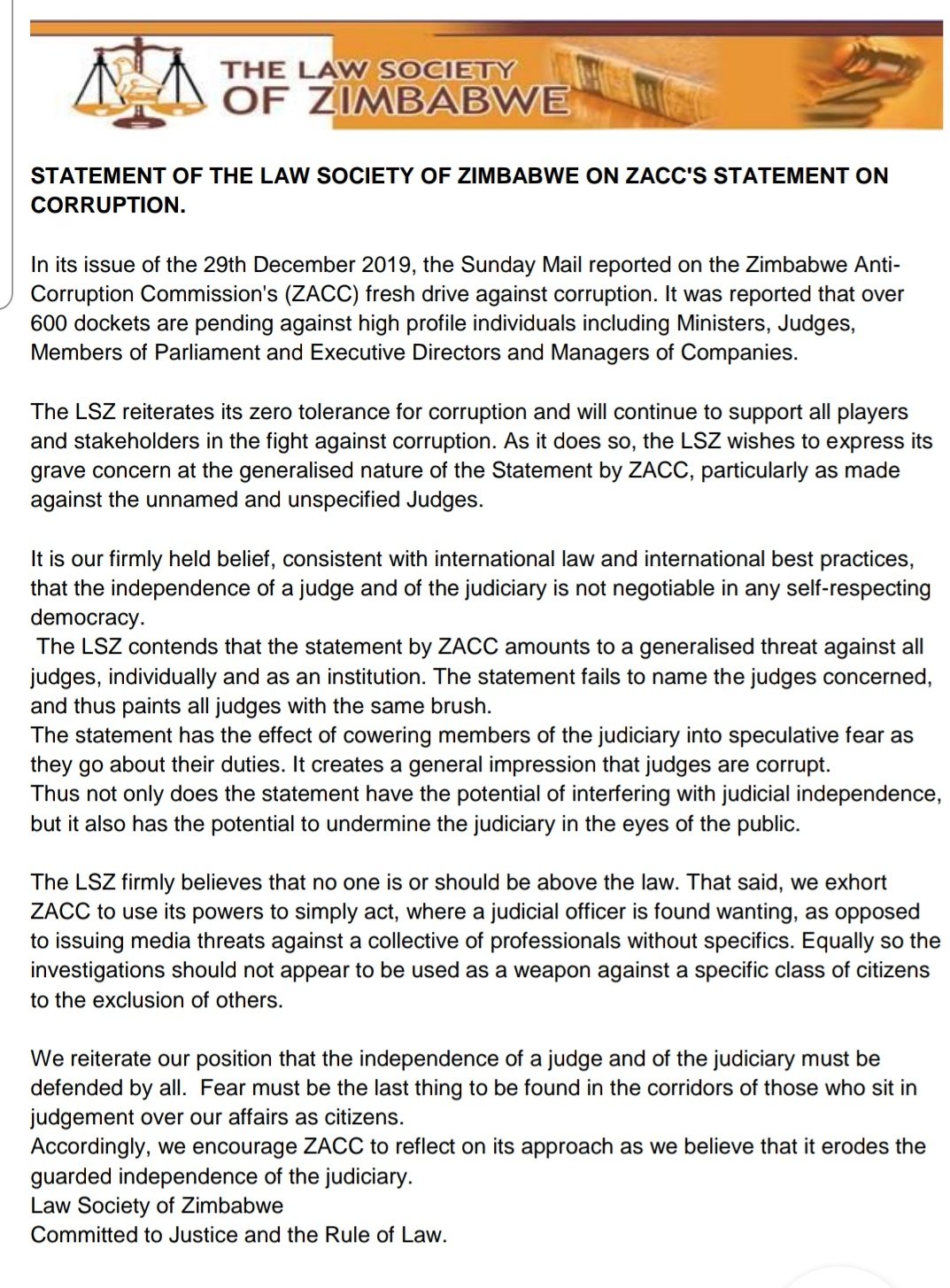 3 comments on “FULL TEXT: Law Society Of Zimbabwe Concerned By ZACC’s Statement Which Suggests Some Judges Are Being Investigated For Corruption”