Zimbabwean striker, Khama Billiat who plays for Kaizer Chiefs has been named in the ABSA Premiership Team of the Decade amongst South Africa’s finest.

The team was compiled by Supersport TV. Below is the Team. 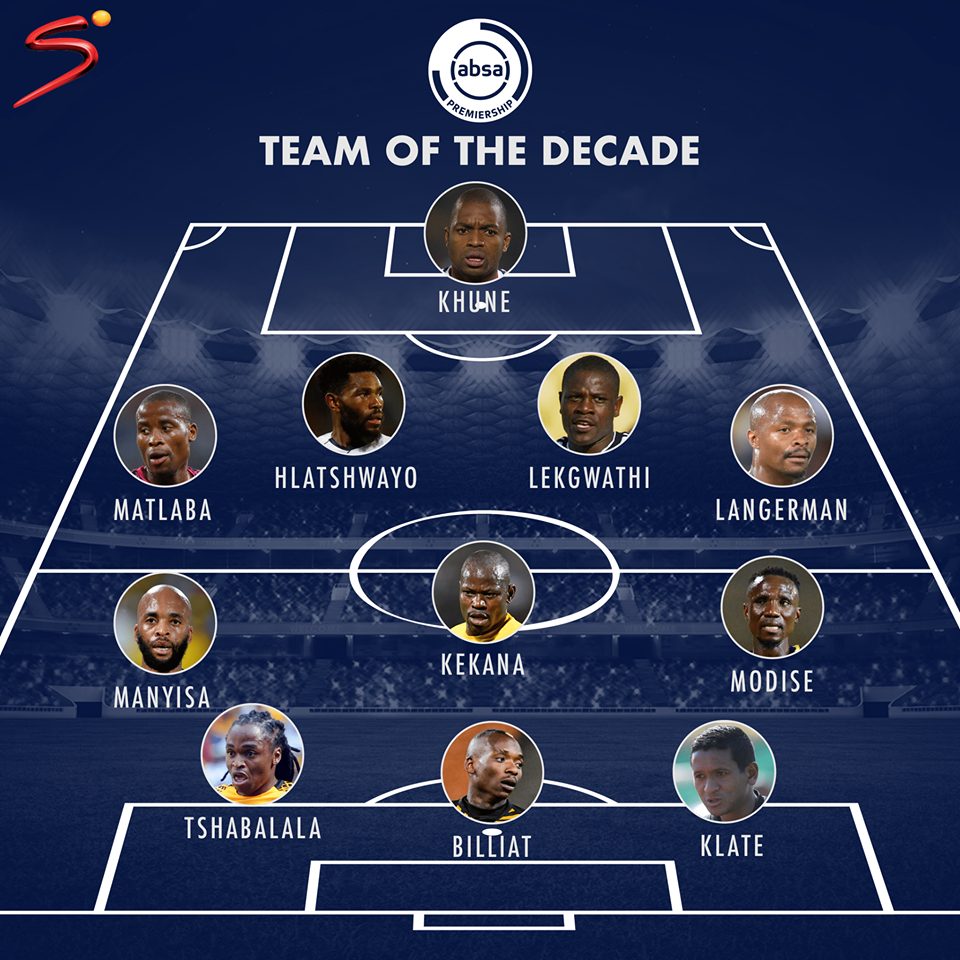 The cunning striker first played in South Africa in 2010 when he joined Ajax Cape Town from Caps United (Zimbabwe).

He moved to Mamelodi Sundowns in 2013 and won several silverwares both for himself and for the club at large. Some of the honours include the 2016 CAF Champions League, 2016 ABSA Premiership Player of the year and he also finished second in the CAF Player of the Year – Based in Africa.