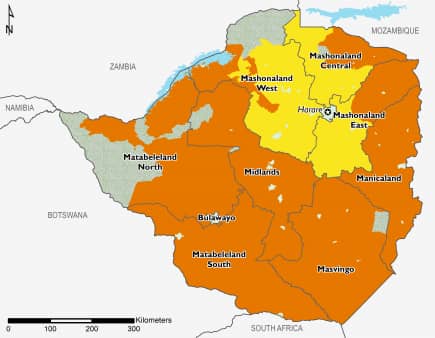 Famine Early Warning Systems Network has warned that parts of the country will receive below normal rainfall during the 2019/2020 rain season a situation that will result in a second consecutive drought.

Many areas of the region are likely to face a second consecutive poor rainfall season and harvest. That’s particularly bad for Zimbabwe where the “poor macro-economy is negatively affecting planting and germination rates.

Some parts of DRC, Madagascar, Mozambique and Malawi will be affected as well. The 2019 Drought in Zimbabwe left over 20000 cattle dead, and half the total population in need of food aid.