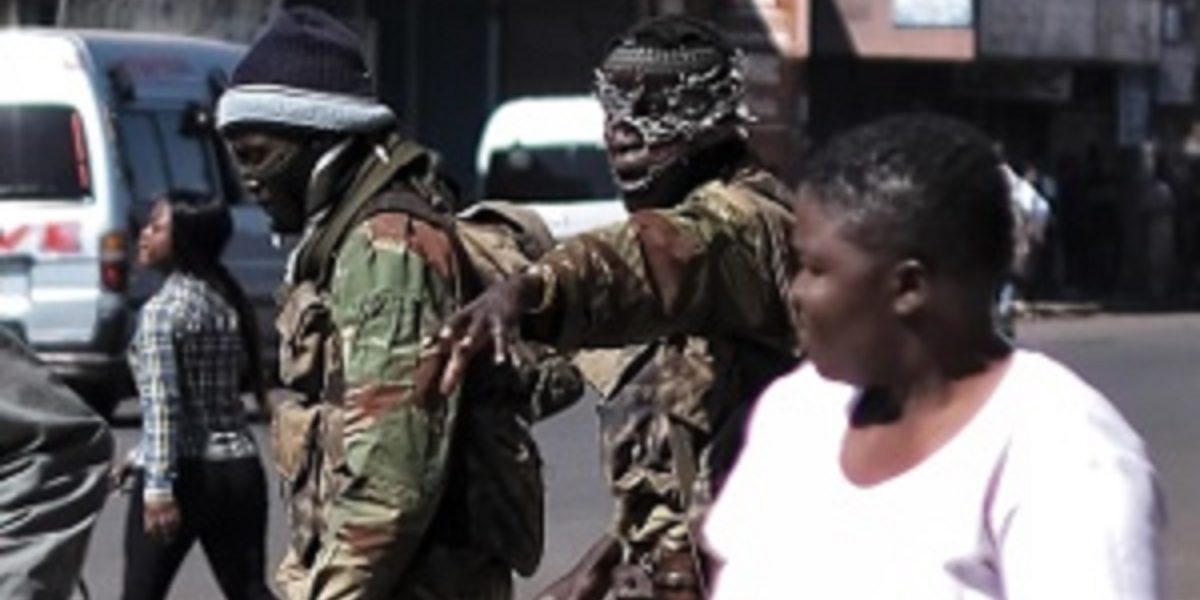 An intern soldier at 2 Mechanised Battalion, Inkomo barracks in Harare has appeared before the courts after he allegedly stole guns which he intended to use to rob a Bulawayo woman.

Moketsi Ndlovu a 24-year-old who resides in Bulawayo’s Nketa suburb together with Ngqabutho Tshuma, Talent Dube and Bukhosi Moyo hatched a plan to rob Ms Dorah Zivengwa of Nkulumane suburb.

The Chronicle reports that Ndlovu proceeded to steal guns worth $6000 from Perazim Security Company, his father’s workplace located in Bulawayo central business district.

The accused appeared before Bulawayo magistrate Ms Nomasiko Ndlovu who did not ask them to plead to conspiracy to commit robbery.

One Comment on “Intern Soldier Arrested For Stealing Guns”