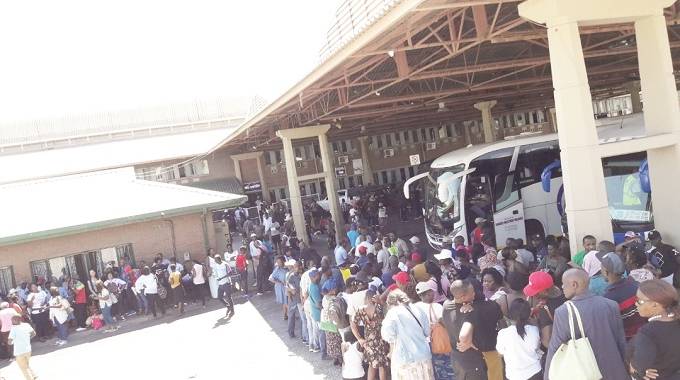 Beitbridge Border Post is reportedly processing 25 000 people on a daily basis the Chronicle reports. Up to date, the border has been used by over half a million people to access both countries since the onset of the festive season.

A total of 503 932 travellers have used Beitbridge Border Post to access either Zimbabwe or South Africa this month.

It is also reported that 65 000 vehicles used Sadc’s busiest inland port of entry during the month as activity heightens even further.

According to border authorities an average of 4 000 light cars and 25 000 travellers are cleared at the border post daily.

The 2019 festive season has seen a lot of Zimbos trooping in from neighbouring countries with Chirundu and Beitbridge receiving the highest traffic and Plumtree instituting a 24-hour shift to clear off travellers.