Alex Tawanda Magaisa, the former advisor to Morgan Tsvangirai has said posted a brief summary of how Energy Minister, Advocate Fortune Chasi, herein referred to as Mukanya or sekuru gudo (his surname) was handed a tricky ministry of Energy which was already struggling with the fuel and electricity crisis. He posted on twitter saying:

The #BSR has given us #Mamvura and #Enablers But it also gave us the “live snake” metaphor. It was conceived in May when Mukanya @fortunechasi was appointed as Minister of Energy and Power Development. Mukanya has been handed a live snake, I tweeted. 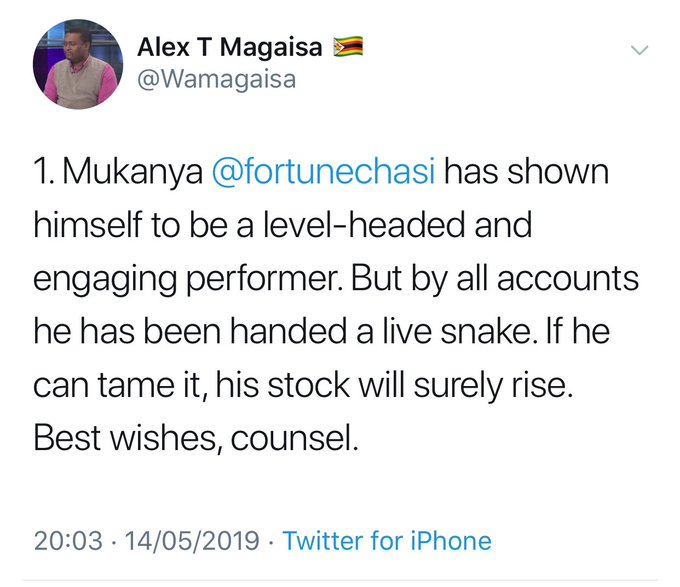 A couple of weeks later, Mukanya @fortunechasi responded during an interview with @SundayMailZim “If it is a live snake that has been thrown at me, then I will play my part in its skinning!” he quipped.

I tweeted in response, drawing upon the folk story of gudo (Mukanya) & tsuro. In a bid to win the hearts of girls, Tsuro tricked Mukanya into a battle with a snake. Tsuro had pretended to fight a live snake. Unbeknown to all it was already dead. Mukanya has a torrid time. 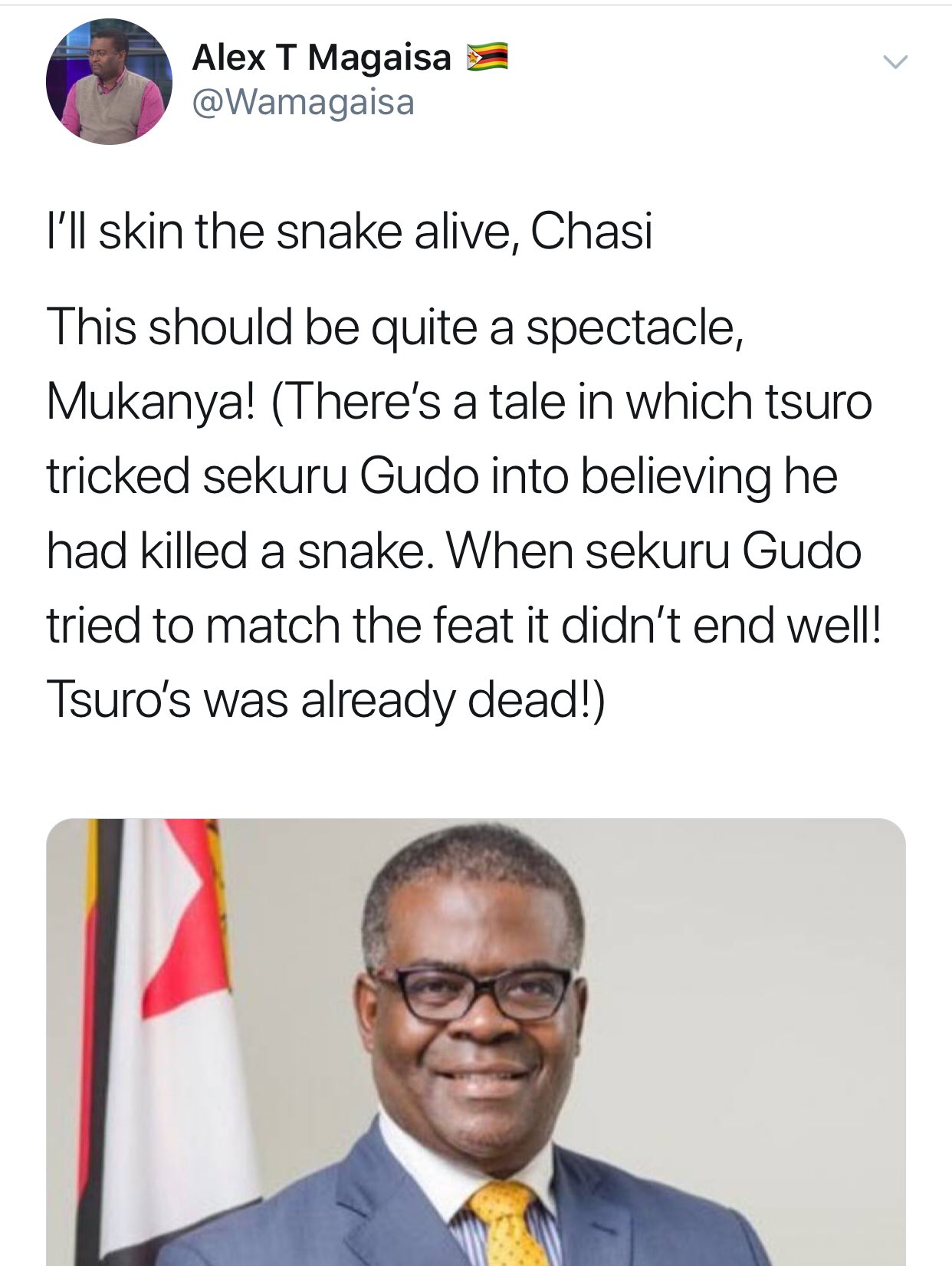 Merry Christmas to you all and let’s hope there’s enough rainfall this year for our Kariba! 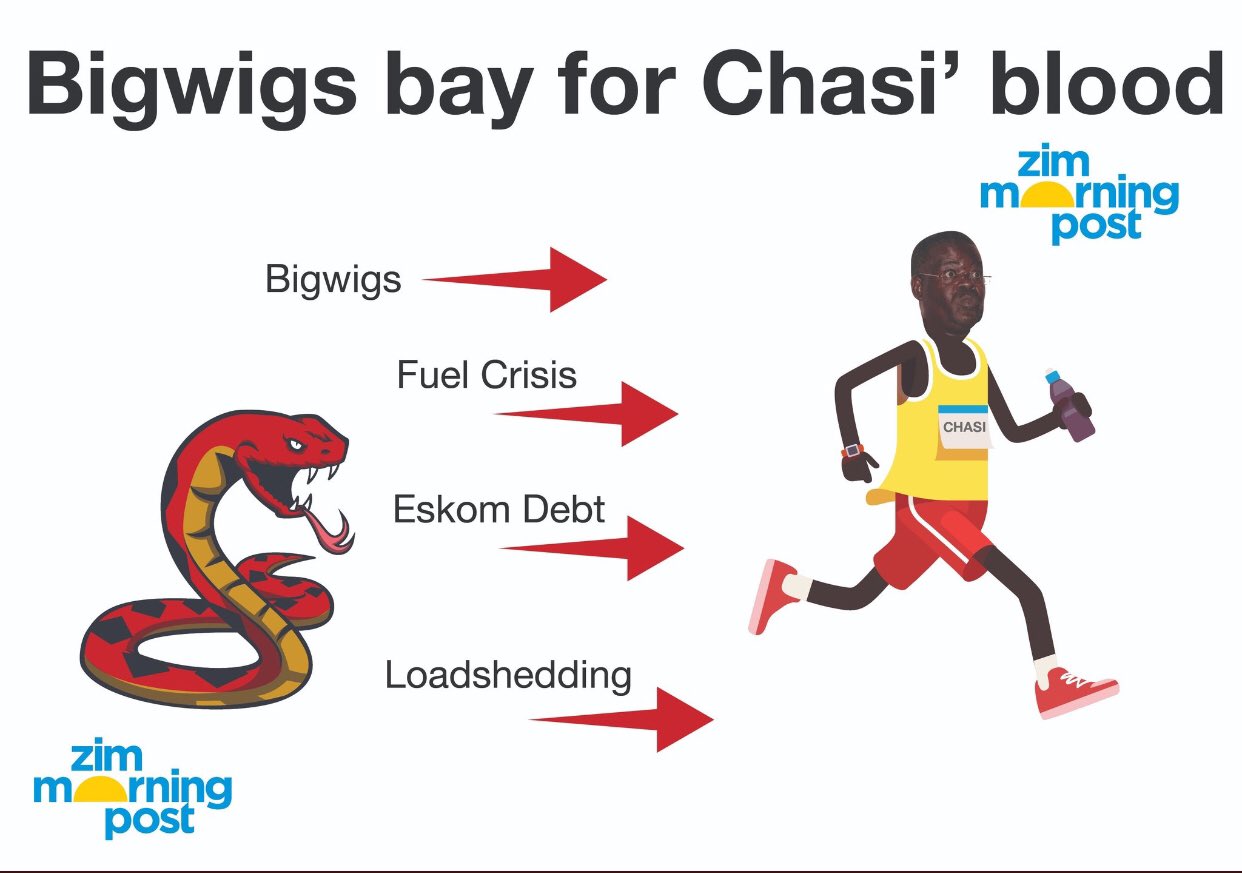 One Comment on “FULL THREAD: Fortune Chasi And The Live Snake (Ministry Of Energy) – Magaisa”