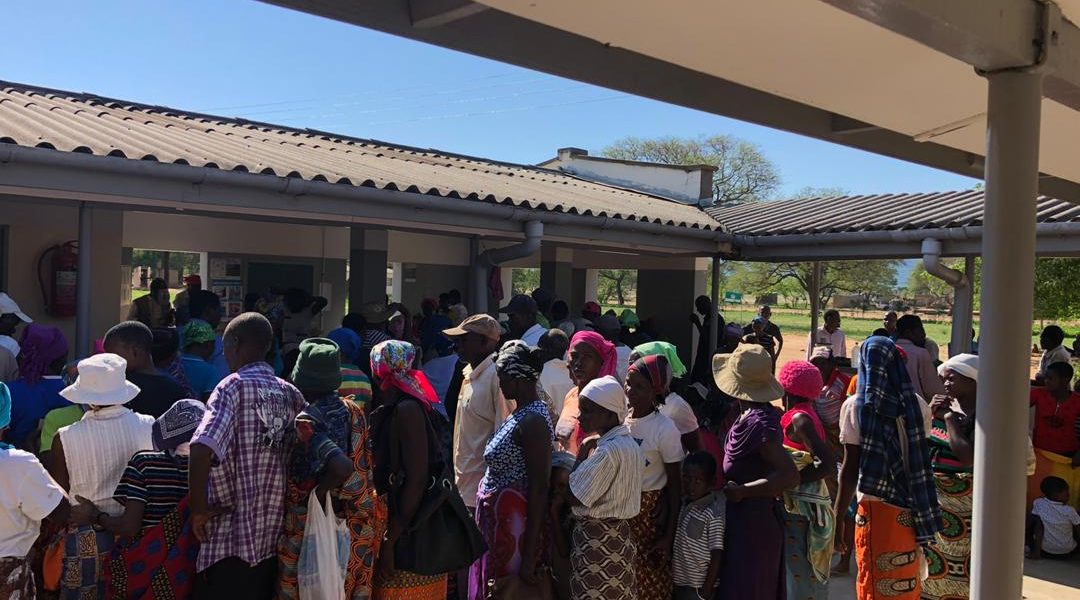 An internet crowdfunded initiative called Citizweans Clinic saw a total of 830 in Siabuwa Binga in 2 days.

The initiative is in response to the health crisis in the country that has resulted from the unresolved strike by doctors which has seen hundreds of doctors fired by the government. So far, the initiative has raised about $6,000 using the internet crowdfunding platform GoFundMe.

CITIZWEAN CLINIC BINGA Update. We saw a total of 830 in Siabuwa Binga in 2 days. The majority of the cases were concluded at the centre and we had 27 cases which were referred to Binga Hospital or Byo. Patients came as far as 25km away. We had to help some with transport.

Whilst Binga is one of the biggest districts it has few clinics. The roads are bad and the transport is hardly available. We had several cases of malnourished babies. Our people are struggling to make ends meet. Those who can help with food and supplements please get in touch.

In this day and age, Kwashiorkor should not be an issue in our country. I am urging relief agencies to take a look at this district. On a positive note, our team helped deliver 4 babies during that time.

We are grateful to the team of volunteers and the local staff who did a splendid job. For the two days, consultations started as early as 0830hrs till around 1800hrs. For the hard work Twalumba.

To the government especially DDF, please do your job. These areas are hard to reach and people are dying. Imagine, there are no ambulances to these areas and the road from Siabuwa to Binga is bad. Somebody fix this grader has been abandoned for 3 yrs.

We intend to reach more rural areas. There is a silent crisis happening there and nobody is paying attention. I wanna thank you all for positive vibes, donations and encouragement. If you haven’t donated please do Ecocash: +263 77 707 8387 GofundME: