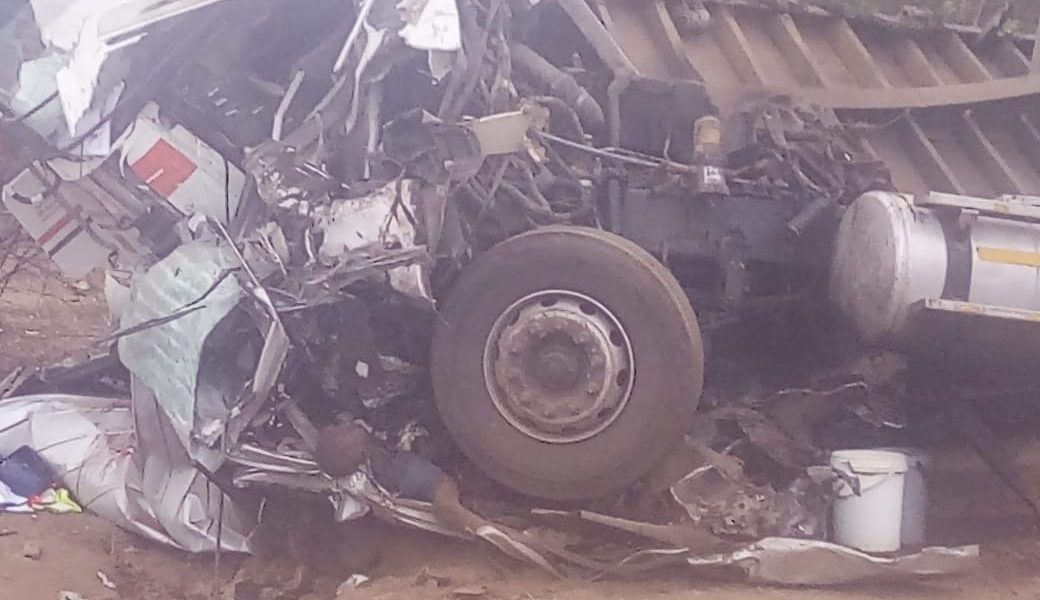 3 people died when the vehicle they were travelling in tried to avoid some goats on the road and cut on to the oncoming traffic lane and collided with a haulage truck along the Masvingo Beitbridge Highway. Sunday News reports.

I can confirm an accident which happened at the 86km peg along the Beitbridge-Masvingo highway which claimed three lives when a KIA car which was trying to avoid hitting goats that were on the road encroached onto the oncoming vehicle lane and collided head-on with a haulage truck.

the accident came a few days after 12 people died in Mudzi after the vehicle they were travelling in veered off the road and overturned killing 10 people on the spot.