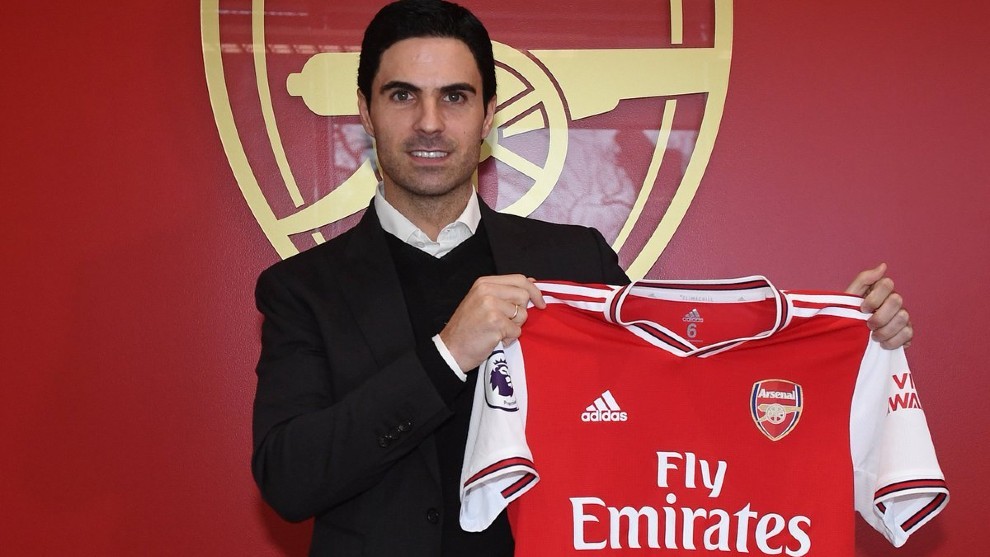 The 37-year-old had been working as a coach under Pep Guardiola at Manchester City, joining the club in 2016 after retiring as a player. Speaking at his unveiling on Friday, Arteta said:

We need to be competing for the top trophies in the game.

That’s been made very clear to me in my discussions with [owners] Stan and Josh Kroenke and the senior people from the club.

… I’m realistic enough to know it won’t happen overnight, but the current squad has plenty of talent and there is a great pipeline of young players coming through from the academy.

Arteta won the FA Cup twice in a five-year career with the Gunners before moving to Everton.

He takes over from Freddie Ljungberg, who had been in interim charge following the sacking of Unai Emery in November.