In the story, the State-owned publication claims that a group of disgruntled former and current ZANU PF officials (G40), opposed to another purported faction (Team Lacoste), which is in control of the party, are paying the legal fees for Vice President Constantino Chiwenga’s estranged wife, Marry Chiwenga nee Mubaiwa.

Writing on microblogging site Twitter, Zindoga dismisses the publication as “embarrassing”. He wrote:

Embarrassing… This piece of journalism, the handiwork of a certain antiquated doctor of spin, makes one feel uplifted when you can no longer be associated with such garbage!

Marry was arrested on Saturday last week and subsequently appeared before a Harare magistrate on Monday where she was charged with money laundering, fraud and attempted murder.

VP Chiwenga claimed that Marry made an attempt on his life while he was admitted tat a South African hospital in July this year. 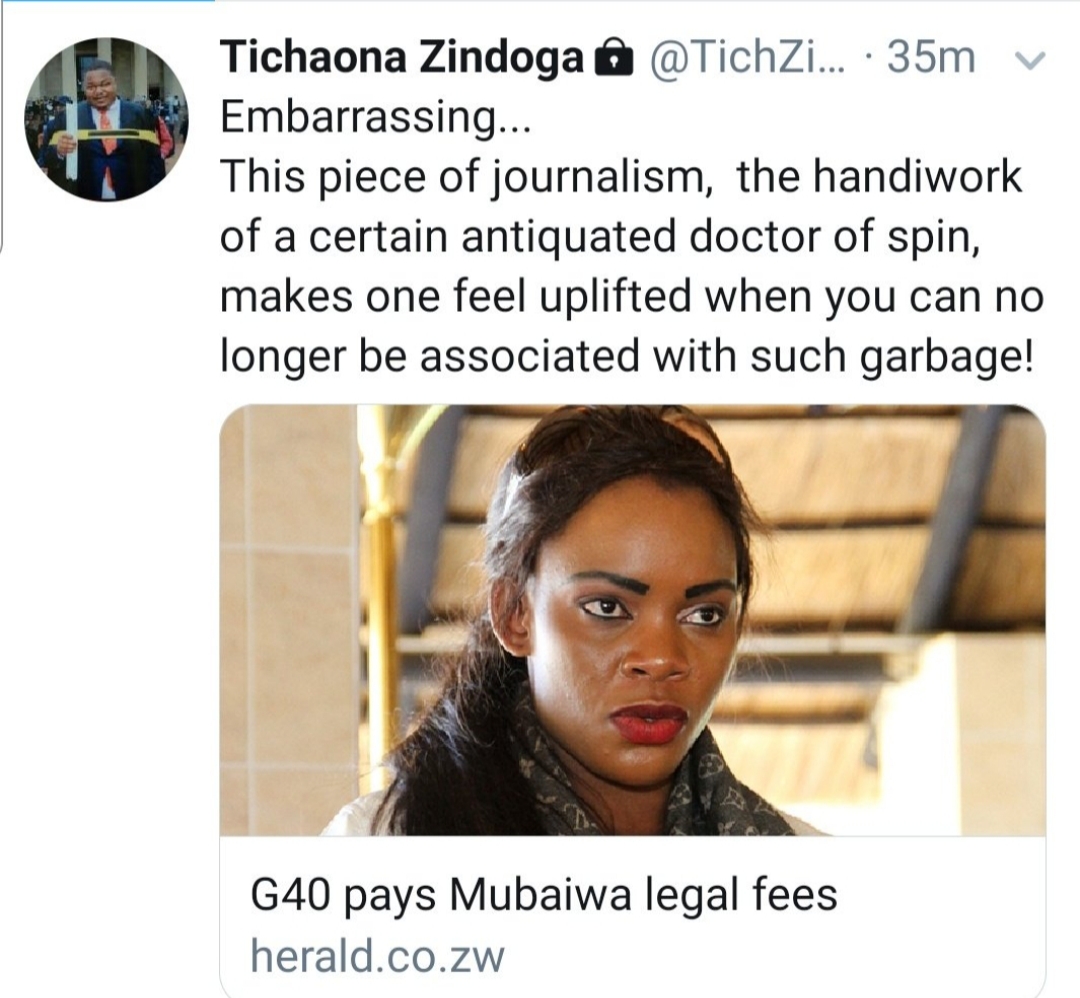