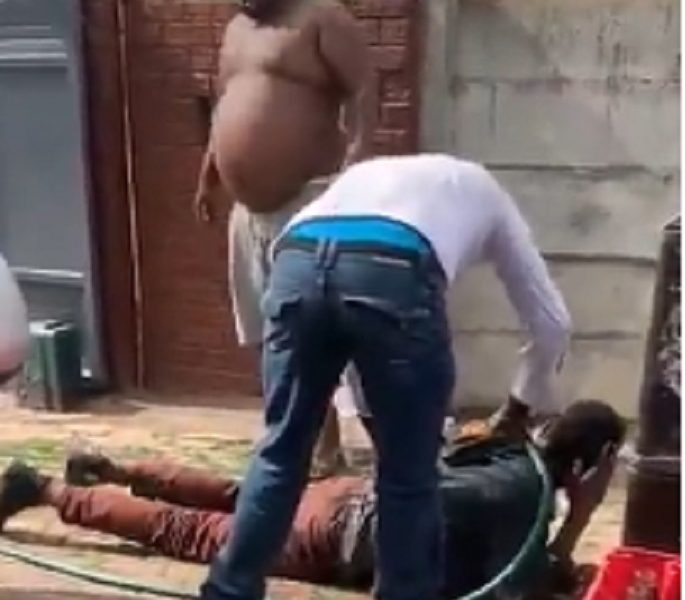 The Zimbabwe Republic Police have revealed that they arrested the man who assaulted a suspected thief with a horse pipe in a video which circulated on social media last week.

Police investigations have revealed that a group of men who were driving an unregistered Toyota Funcargo approached a business person in Gweru with an offer to sell cyanide for USD1 200, 00. The chemical purported to be cyanide was tested and turned out to be fake and

Tichaona Darangwa was arrested for the assault case, however, the case cannot proceed as the complainant is not available. We encourage the public to continue supplying information to ensure the law takes its course.

Meanwhile, there are some who opined that Darangwa enjoys arrogant impunity as he is linked with senior government officials.
More: ZRP