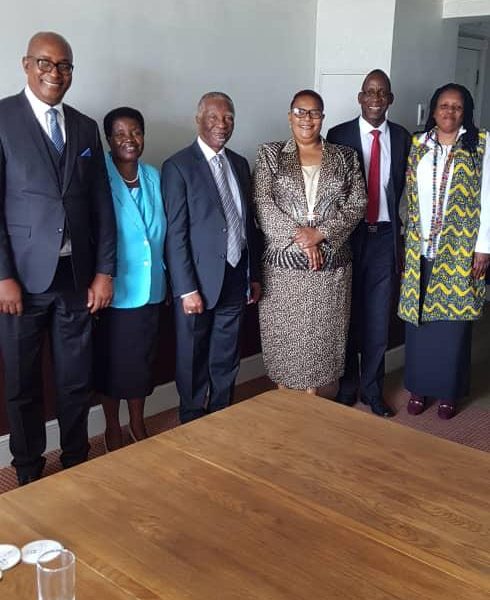 Former South African President Thabo Mbeki’s visit to Zimbabwe does not signal any intent to form another government of national unity (GNU).

This was said by National Constitutional Assembly (NCA) leader Lovemore Madhuku during an interview with Zim Morning Post. He said:

A GNU was not part of that conversation with Mbeki. We told him the problems we are facing as political actors and he acknowledged that dialogue was the only available option at the moment.

But if he thinks of another avenue besides the Polad route, then that would be welcome.

Mbeki arrived in Zimbabwe on Monday and met with President Emmerson Mnangagwa and later with MDC president Nelson Chamisa.

On Tuesday, he met some of the opposition political leaders under the Political Actors Dialogue banner and was also scheduled to meet church leaders and civil society organisations’ representatives.

Fellow Sadc citizens, let us give space to the mediation! And let us be supportive.