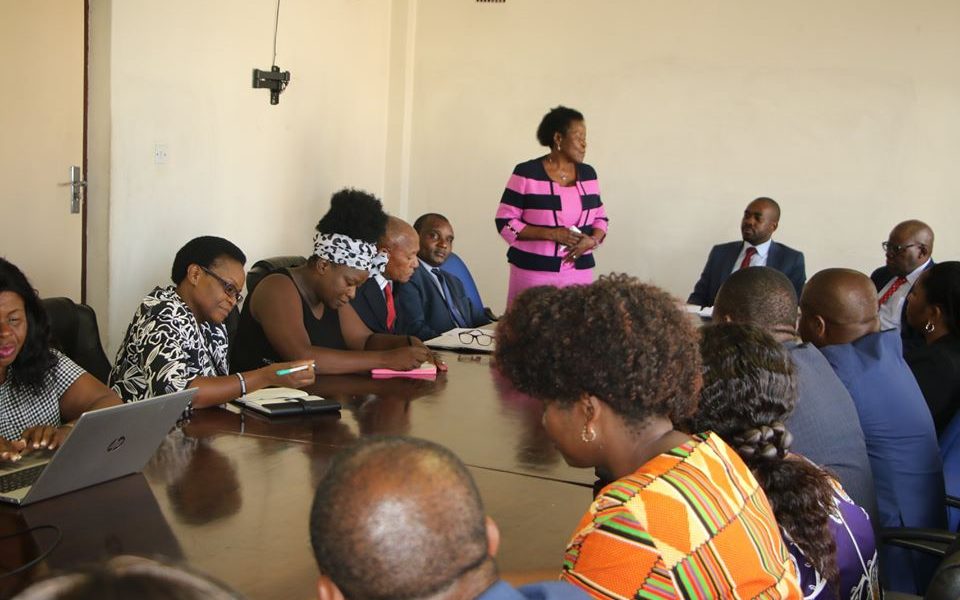 The MDC leadership today met with Commissioners of the National Peace and Reconciliation Commission (NPRC), an independent Constitutional Commission, at the party headquarters at Morgan Richard Tsvangirai headquarters in a frank and honest debate regarding the work and mandate of the Commission.

In his welcome remarks, he said that he hoped for an open, frank and honest discussion between the party leadership and the NPRC in a manner that would further the interests of the people of Zimbabwe and entrench a culture of peace and tolerance in the country.

President Chamisa sought leave of the Commissioners to attend the funeral of one his drivers in Mbare. He left Vice President Hon. Tendai Biti to chair the MDC leadership’s two-and-half-hour fruitful and candid engagement with the leadership of the NPRC.

The MDC leaders raised issues to do with the independence and autonomy of the Commission, the continued culture of impunity in the country in spite of the existence of the Commission as well as the disturbing fact that the NPRC had not referred anyone for prosecution, even in cases where the culprits of violence and conflict had been identified.

The party leaders cited Gukurahundi, the electoral violence that has been committed by Zanu PF over the years and the non-prosecution of perpetrators of violence in cases such as the State-sponsored violence of August 01, 2018, in which six people were killed as well as the State-driven violence of January 2019 in which more innocent people were callously murdered.

The NPRC insisted that it was an independent Commission and that it would roll out a national visibility programme in 2020, even though they said they required more resources to execute their Constitutional mandate.

The party leadership and the NPRC agreed to continuously engage to solve conflicts and promote peace and reconciliation in the country.

As a party, the MDC has been a victim of Zanu PF and State-sponsored violence in which thousands of people have been brutally killed, with no action taken against the culprits.

The party leadership insisted in the meeting that peace and reconciliation alone were not enough as justice had to be seen to be done particularly against the perpetrators of violence and genocide against the people.