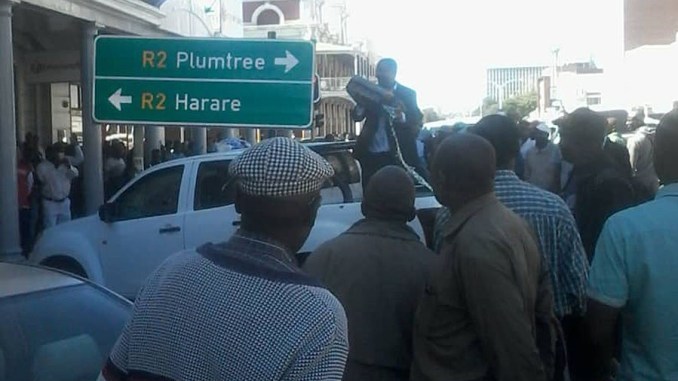 The government will wait for ousted Ntabazinduna Chief Nhlanhlayamangwe Ndiweni’s return from South Africa before it takes away his government-issued vehicle and the traditional regalia.

This was revealed by Umguza district development co-ordinator (DDC) Tapiwa Zivovoyi in an interview with NewsDay on Monday. He confirmed meeting Chief Ndiweni’s lawyer, Dumisani Dube on Monday. He said:

Yes, we met him. In fact, how can we collect the property if he (Ndiweni) is not around? He is the only person who must give us, we will wait for him.

On Saturday, a group of armed anti-riot police descended on the chief’s homestead intending to confiscate a vehicle and other paraphernalia belonging to the government.

This follows President Emmerson Mnangagwa’s decision to dethrone the outspoken chief on the grounds that he is not the rightful heir to the throne.