Leader of the opposition MDC, Nelson Chamisa has said that the standoff existing between his party and the ruling ZANU PF over the 2018 elections which the MDC says were rigged, needs to come to an end.

We want dialogue that is meaningful, where the political will to change for the benefit of Zimbabweans outweighs political expediency. Dialogue must deliver true change & real reforms. When we shake hands let us be agreeing to truly walk in the same direction,a new direction.

Democracy can’t exist without a true commitment to happiness, freedom & peace. Our political impasse cannot continue. We stand firm on the principle that none but ourselves can bring about the true change we need.Real issues affecting us all must be at the heart of any dialogue. 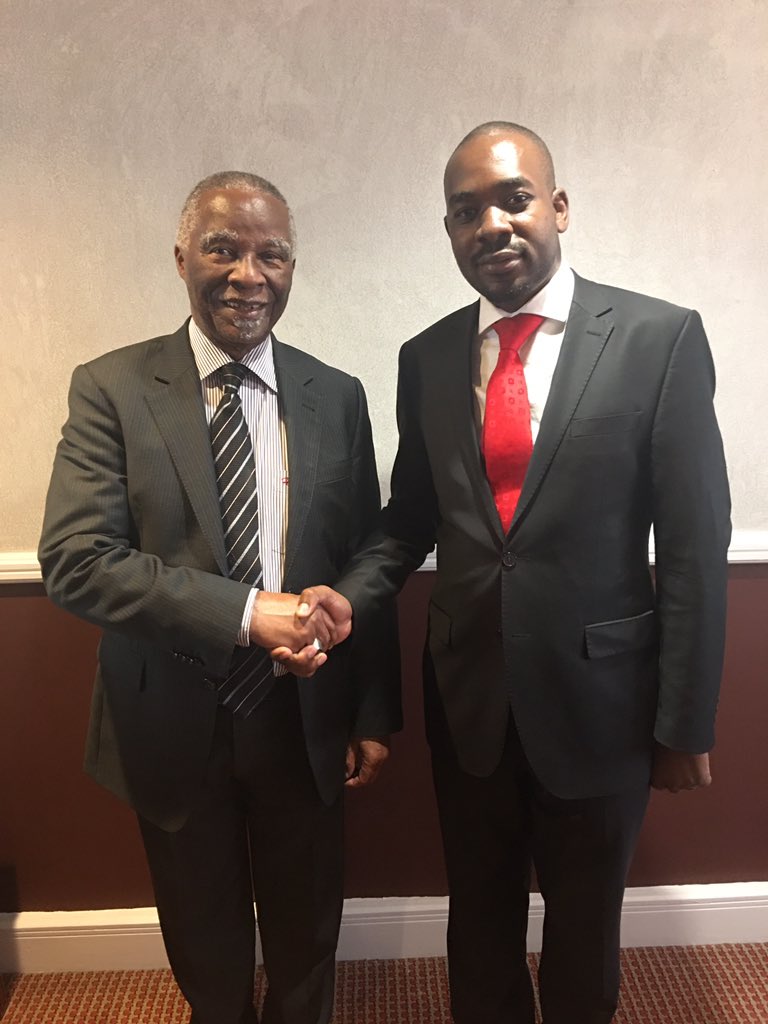 Mbeki who mediated the talks between ZANU PF and the two MDC formations which led to the formation of the Government of National Unity is in Zimbabwe where he yesterday met President Emmerson Mnangagwa and Chamisa. He is today expected to meet the POLAD group.

He is understood to be in the country to have a full appreciation of the crisis and to pay his condolences to Mugabe family following the passing on of former President Mugabe.