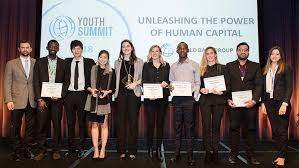 A Zimbabwean Software Engineer, Hope Ndlovu has won a top World bank Award for designing an application called Tuveri which helps people make use of public transport in Africa, the Daily News reports.

Ndlovu’s proposal was part of the 885 proposals from 98 countries that were submitted to the World Bank tackling developmental issues across the globe.

Speaking about the award, Ndlovu said:

The Operator App empowers drivers and operators with tools to broadcast the live loca- tions of their vehicles, manage their fleets, and process fares digitally. The public transport industry in Africa has a total addressable market of US$65 billion. We can capture a serviceable obtainable market (SOM) of roughly US$10 billion.

The commuters and operators live in urban cities, they own smartphones, are smartphone literate, have a mobile banking and generally use social media regularly. We hope the pilot programme will help us fine tune our product and prepare us for a launch. We are hoping to launch our product early next year (2020),

The app according to Ndlovu will be pilot tested in Bulawayo with 30 operators and 250 commuters before it is officially launched in 2020.