Two Zimbabweans died while 22 others were injured, eight of them seriously, when a Harare bound bus overturned in Mpumalanga province, South Africa, on Monday.

The accident was confirmed by Mpumalanga Provincial Community safety and transport department manager Mr Moeti Mmusi who told the Chronicle in a telephone interview on Tuesday that investigations into the cause of the accident were underway. He said:

I can confirm that we attended to an accident involving a bus that was travelling from Durban to Zimbabwe. The bus driver and a female passenger died on the spot. The bus overturned in Middleburg and it seems the driver lost control of the bus. Eight people were seriously injured and are in critical condition while 14 others had varying degrees of injuries.

There has been a spate of road accidents recently with another cross-border bus accident was reported earlier today. 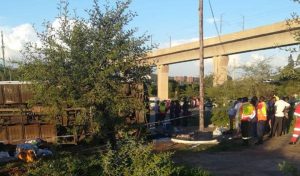 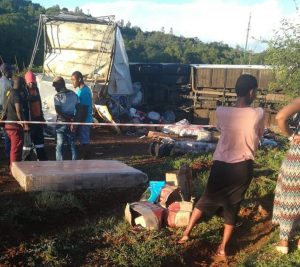 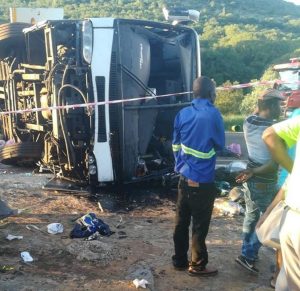