Zimbabwe Hospital Doctors Association (ZHDA) has in a statement said that doctors remained incapacitated even after revealing their grievances to the government three months ago.

The association which represents junior and middle-level doctors speaks after a splinter group of doctors has launched the Progressive Doctors Association of Zimbabwe (PDAZ) a development which ZHDA says was an expected one.

We present below the association’s statement in full. 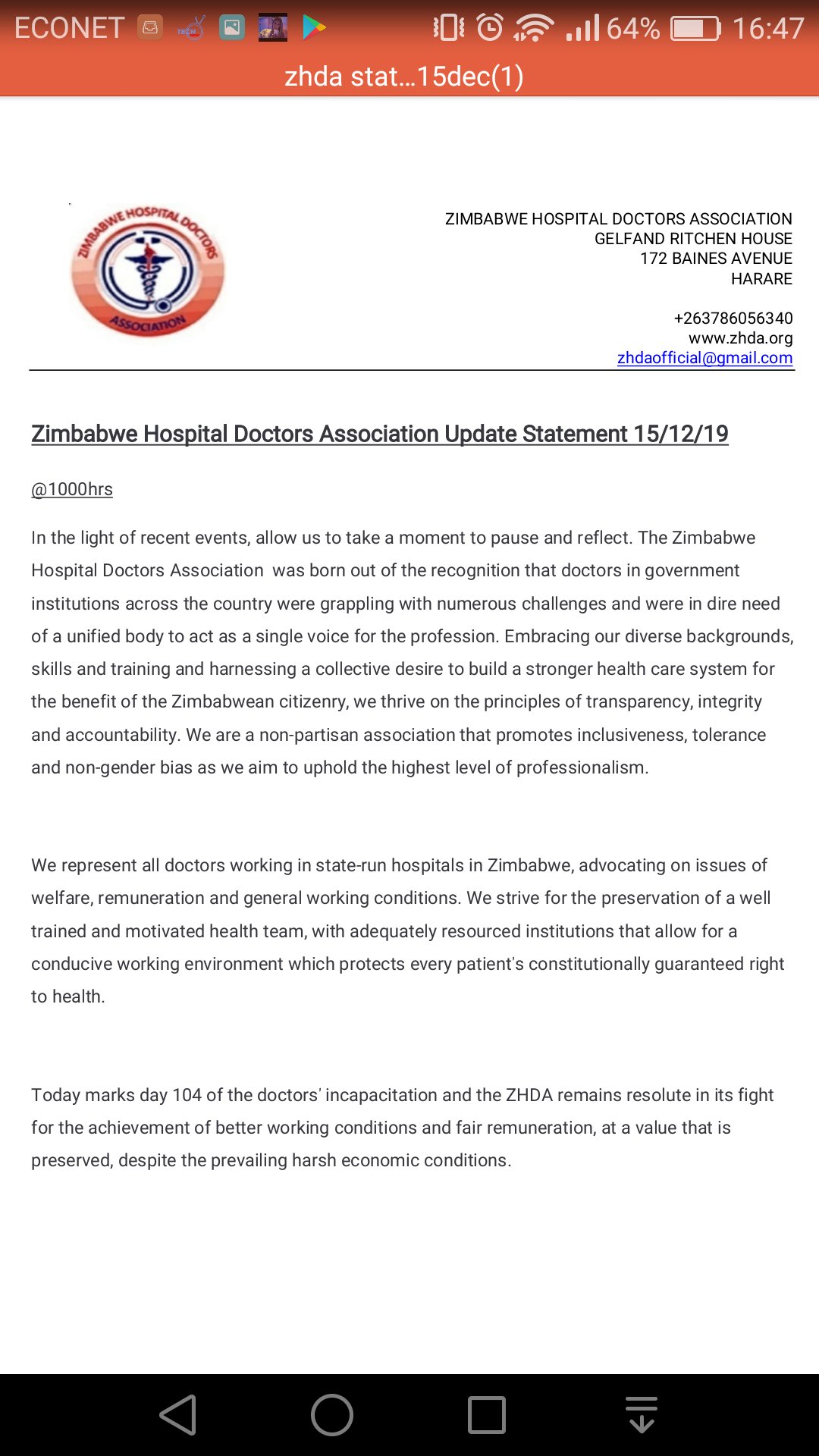 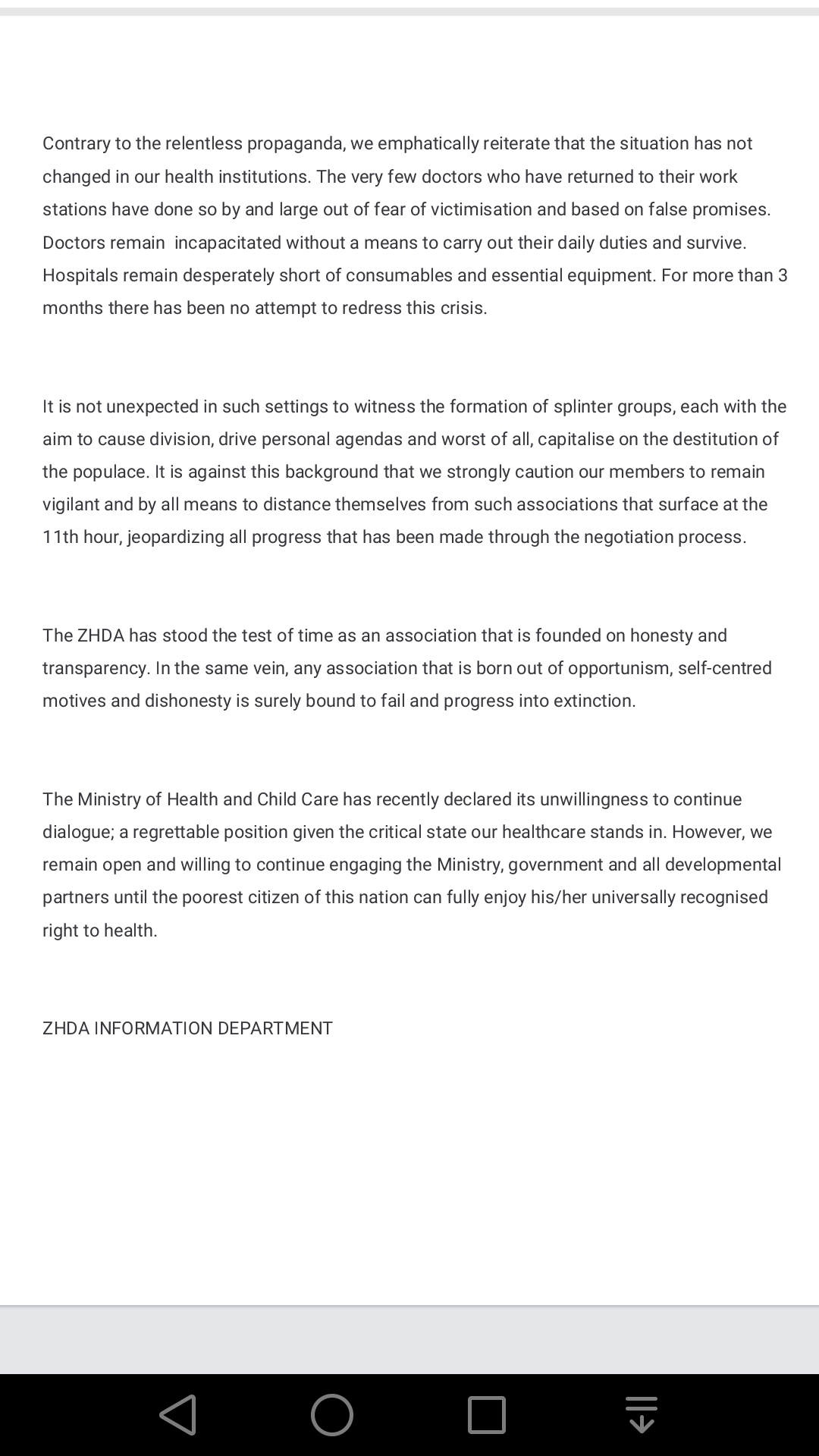