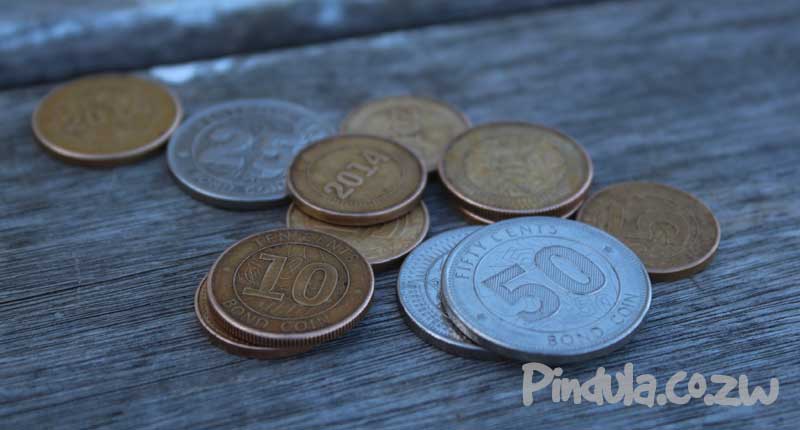 Things are getting worse for the ordinary Zimbabwean as farmers and tuckshops are now rejecting 25 cents and 50 cents coins while some farmers and shops are now taking limited amounts of $1 coins.

This comes after the Reserve Bank of Zimbabwe recently introduced new $2 coins, $2 notes and $5 notes into the market to ease the cash crisis.

The rejection of these coins is being attributed to the soaring inflation with farmers and shops saying that they want to avoid “carrying sacks and sacks of money” which has less value.

The situation risks revoking memories of 2008 when one would have lots and lots of money which can buy small things, a situation which forced the RBZ to start removing zeros on money to make it portable.

The central bank has so far introduced a raft of measures to address the cash crisis but some analysts are convinced that authorities are not motivated to alleviate the issue saying they are benefitting from the crisis.

They say that the crisis is forcing citizens to revert to using plastic money where they pay the 2% transactional tax.