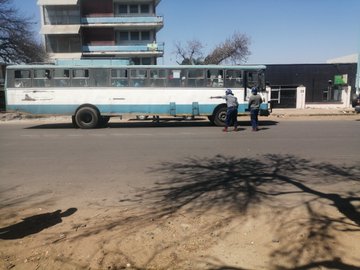 According to a source that echoed what Bolt Cutter Busses’ Wilfred Chibage said, claims:

He was supposed to return that very same day and on their way back to Mutare the driver is said to have stopped in Ruwa and bought some water at George shopping centre. They continued with the journey but minutes later the bus started going off road and we just thought the driver was avoiding potholes.

Only to see that the driver was losing control, a passenger who is a member of the army jumped to the driver’s seat and pushed him aside. He then took over the steering wheel and tried to control the bus.