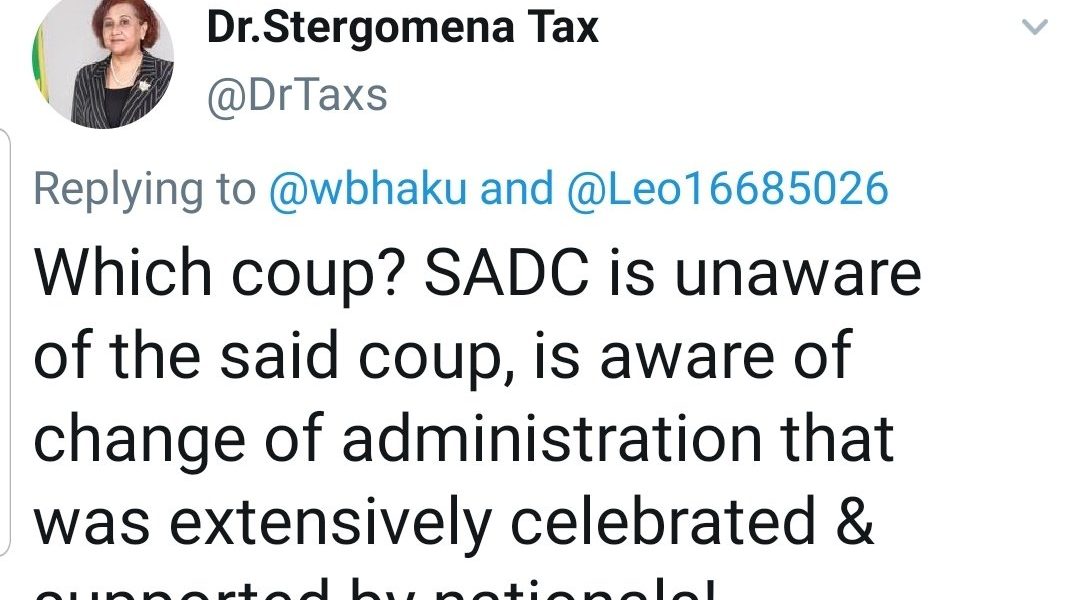 SADC’s Dr Stergomena Lawrence Tax over the weekend responded to a series of tweets and said the transition from the Mugabe administration to the Mnangagwa administration was a Citizens supported the initiative and not a coup.

Which coup? Sadc is unaware of the said coup, us aware of change of administration that was extensively celebrated and supported by nationals

DR Tax has been called the iron lady by the state paper that said she was abused by opposition elements on twitter. 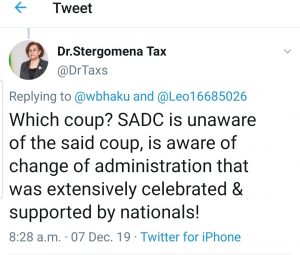