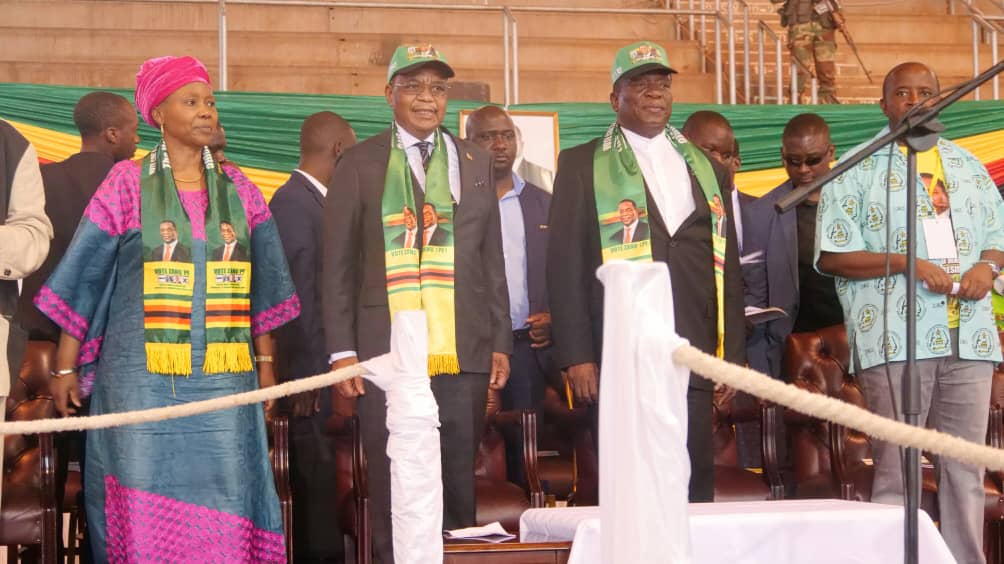 President Emmerson Mnangagwa has revealed that his deputy, Vice President Constantino Chiwenga has been pushing him to adopt a hardline stance towards his opponents in the ruling ZANU PF party.

Mnangagwa made the startling revelations on Saturday while responding to Zimbabwe Liberation War Collaborators’ Association (ZILIWACO) chairperson, Pupurai Togarepi, who had raised the issue of factionalism in ZANU PF. Said Mnangagwa:

Chiwenga always tells me that I am too soft. But I always tell him that we can no longer use tactics that we used during the war.

And you, as war collaborators, can be our eyes and ears just like you were during the liberation struggle.

Both Mnangagwa and Chiwenga attended the ZILIWACO meeting held at the Harare City Sports Centre yesterday.

Factionalism has been entrenched within the ruling party, with former vice presidents Joice Mujuru, Mnangagwa (when he was Mugabe’s deputy) and Phelekezela Mphoko being thrown out of the party at different times.

3 comments on “‘You Are Too Soft’, Chiwenga Tells ED”