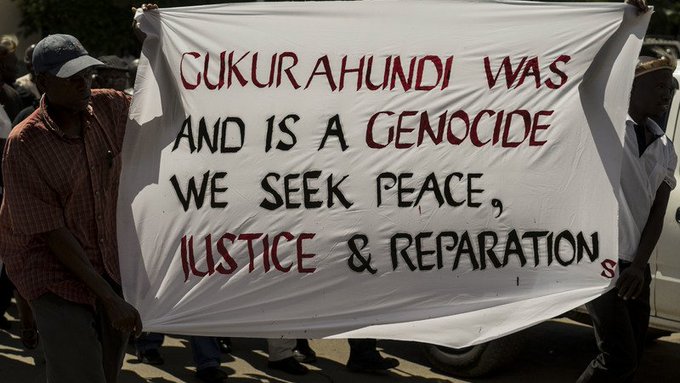 A Bulawayo-based pressure group, Ibhetshu LikaZulu, will on Unity Day (22 December) carry out activities in the city to remember Gukurahundi victims.

Ibhetshu LikaZulu coordinator Mbuso Fuzwayo also urged the government to account for the victims of Gukurahundi who were abducted disappeared. He said:

While we appreciate what the government has done to try and address the issue, however, there is silence on those that were abducted.

No one is speaking to that; we want to amplify our voice on those who were abducted so that they are also accounted for.

Early this year, President Emmerson Mnangagwa had a meeting with Matabeleland civic groups and clergy under the banner Matabeleland Collective at the State House in Bulawayo.

The government offered to facilitate the exhumations and reburials of Gukurahundi victims.

Thousands of people were killed in the 1980s genocide and the findings of an investigation into the atrocities by the Chihambakwe Commission of Inquiry were never made public.