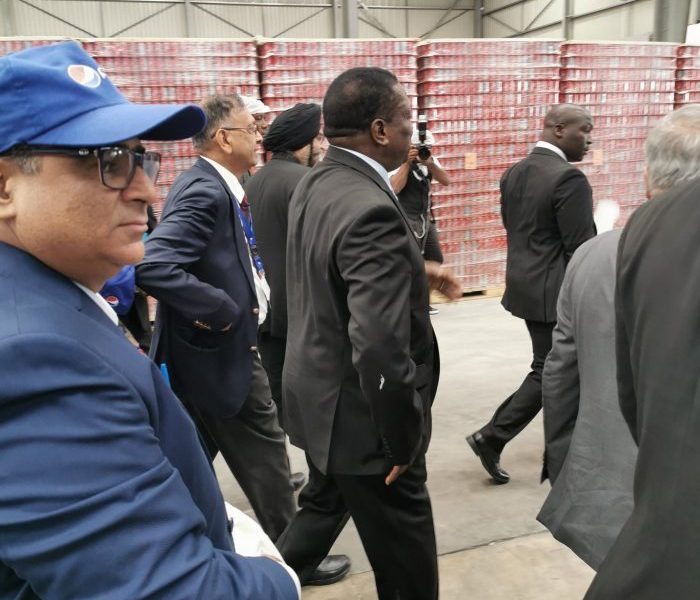 President Emmerson Mnangagwa on Friday visited the Pepsi plant in Harare for the official launch of the second phase of Varun Beverages.

Posting on its Twitter handle, The Herald quotes Varun Beverages general manager Fungai Murahwa as saying that the company’s sales have grown from 30 million bottles to 35 million. They now employ 1000 employees up from 500 and have 1 500 vending carts to Harare and 400 in Bulawayo.

Also present at the event was Indian Ambassador to Zimbabwe Rungsung Masakui.

Meanwhile, Varun Beverages has been given a Special Economic Zone status. This was revealed by the permanent secretary in the Ministry of Information, Publicity and Broadcasting Services, Ndavaningi Mangwana.

Varun Beverages manufactures carbonated drinks which include Pepsi, Mirinda (all flavours) Mountain Dew and Seven Up. 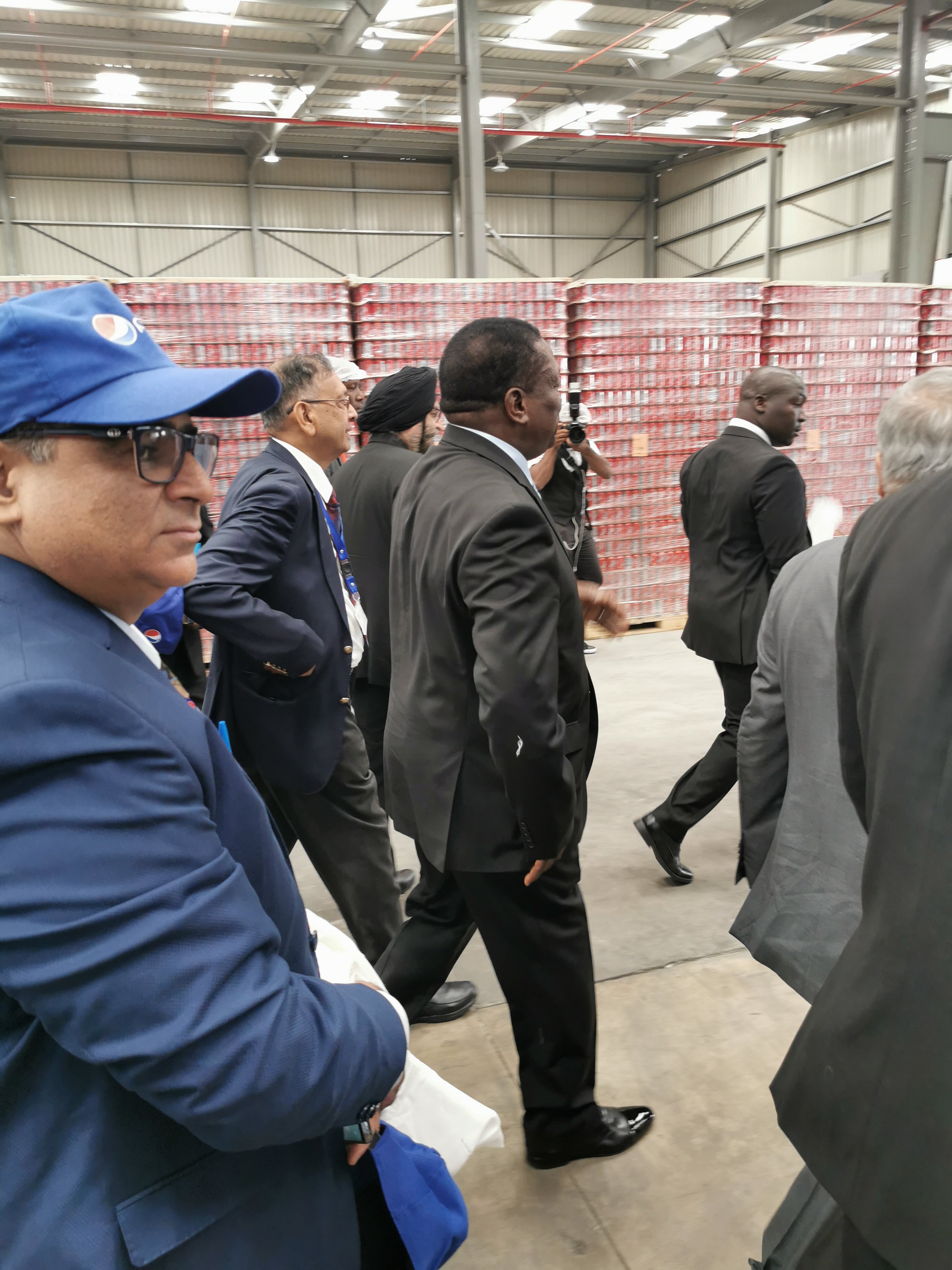 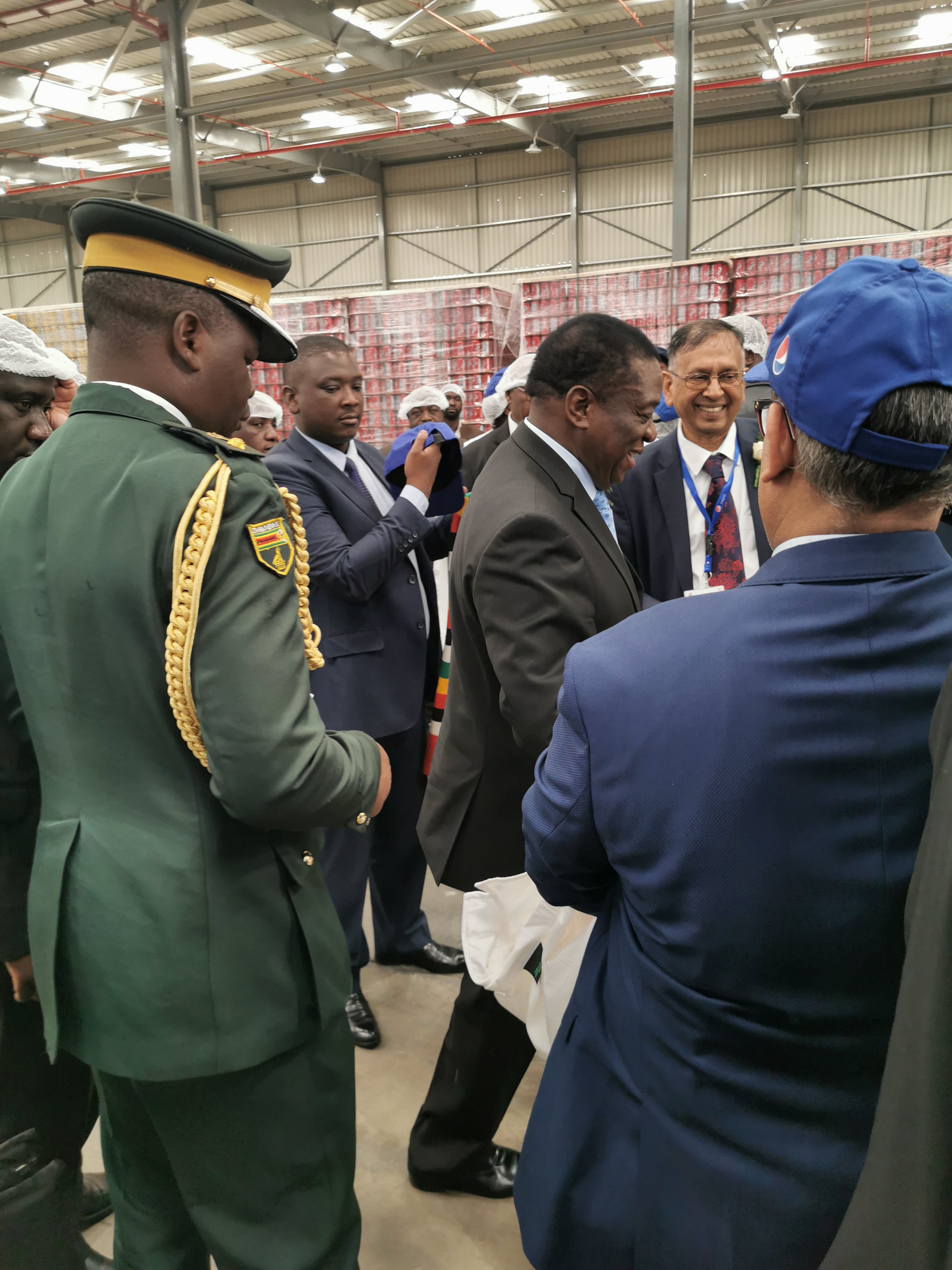 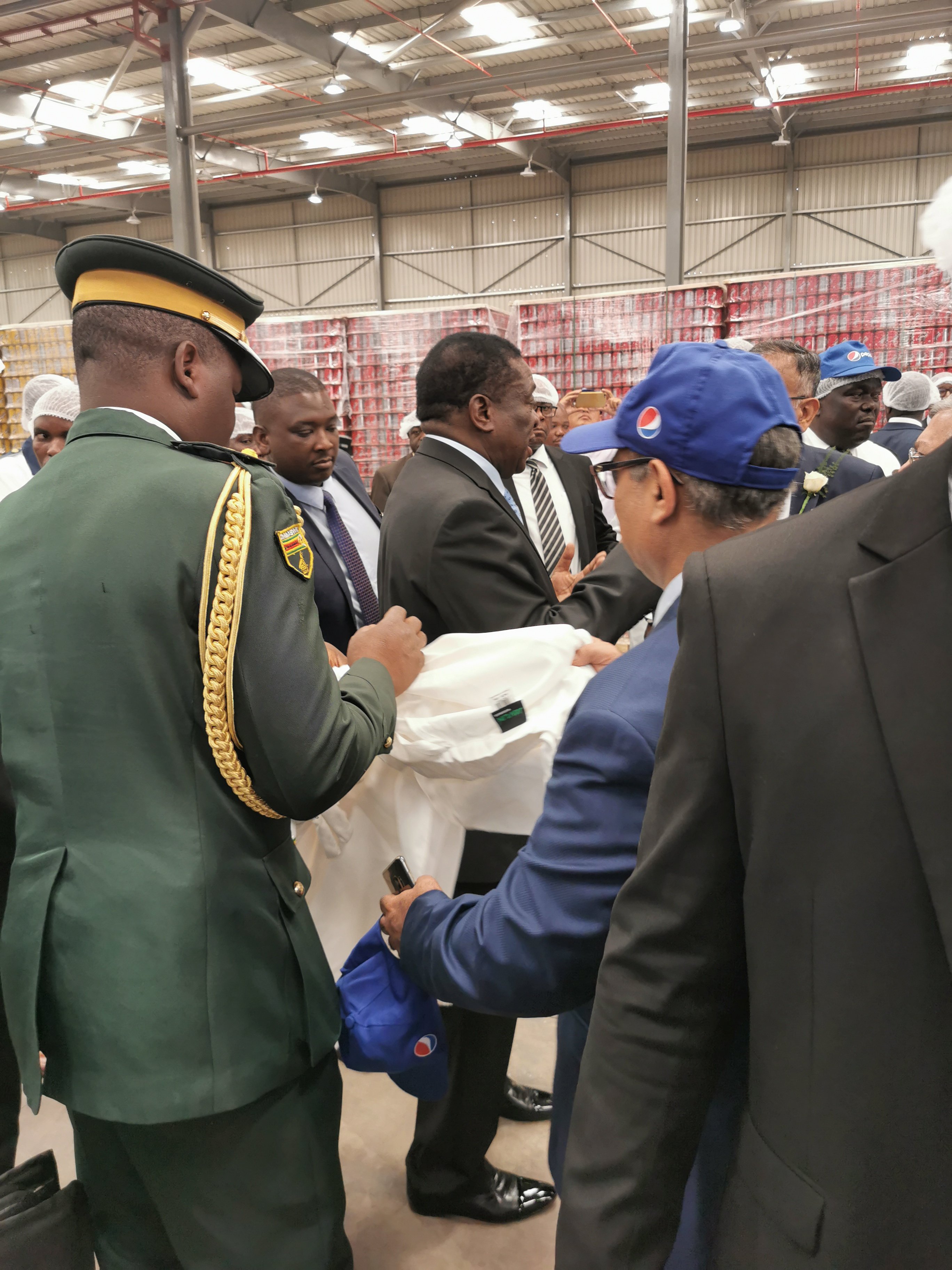