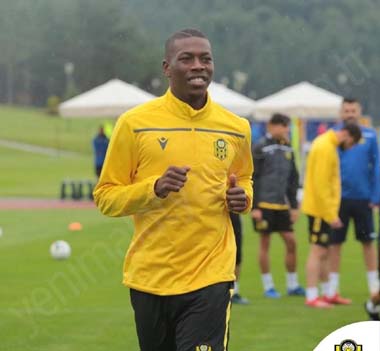 Warriors and Yeni Malatyapsor defender Teenage Hadebe finally played his first game for his Turkish club on Tuesday night after the passport saga.

Hadebe was happy to rejoin his teammates, though they have since nicknamed him “Mr Passport”. Said Hadebe:

I’m just glad to be back with my team, the issue with the passport was now frustrating me.

But I’m just glad everything is okay now and it’s good to be back.

I played last night (Tuesday) and had a good game and I am happy that we won. It’s an important cup so I just want to help my team do well in the way I can.

Hadebe played the entire 90 minutes on Tuesday night for Yeni in their 3-1 win over Keçiörengücü in the Turkish Cup.

His return to Turkey after the November international break was delayed by more than a week as he struggled to get a new passport.