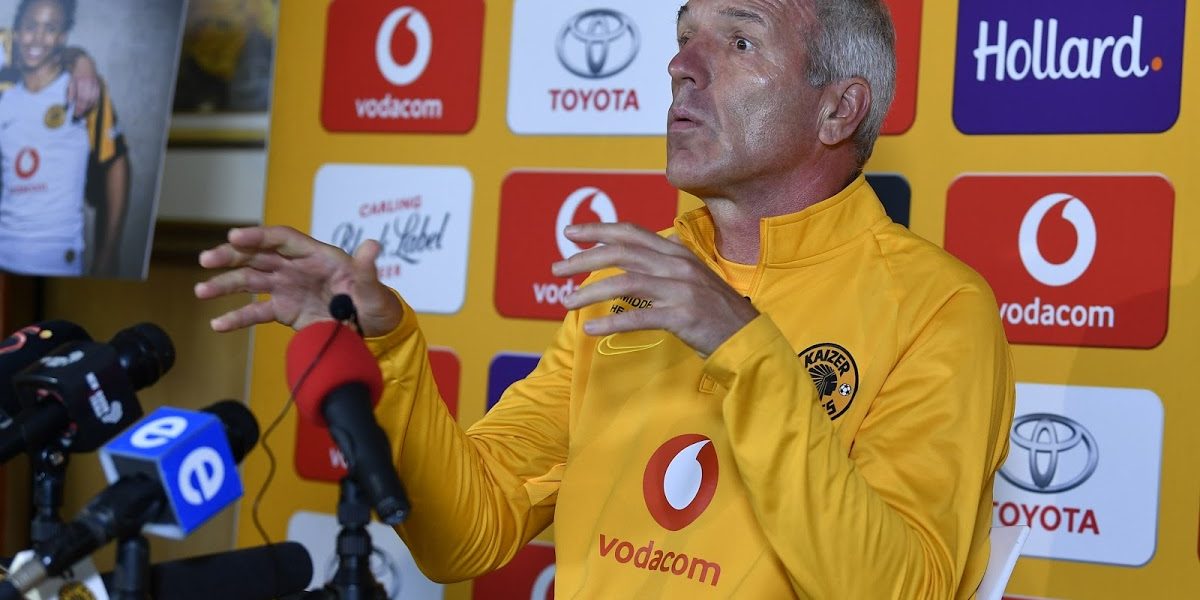 Kaizer Chiefs coach Ernst Midderndorp said the medical team has recommended that Khama Billiat should be rested for two weeks to allow him to fully recover.

Billiat is carrying an injury that kept him out of ’ 2-1 Telkom Knockout semifinal defeat against Maritzburg United.  Middendorp complained that Billiat played in the COSAFA Cup for the Warriors in May, then at the AFCON in Egypt in June, denying him a pre-season rest. He added:

We gave him two or three days [of rest]‚ but then, of course, everybody wants to see him in the Carling Black Label Cup preseason match‚ and he had to rush into it because he was voted in.

I would not have played him‚ to be very clear.

Middendorp was addressing reporters on Thursday ahead of Chiefs’ PSL game against Bloemfontein Celtic at FNB Stadium on Saturday night (kickoff 8.15 pm).

Amakhosi play their final PSL game before the Christmas break is against Maritzburg United at Harry Gwala Stadium on December 22.