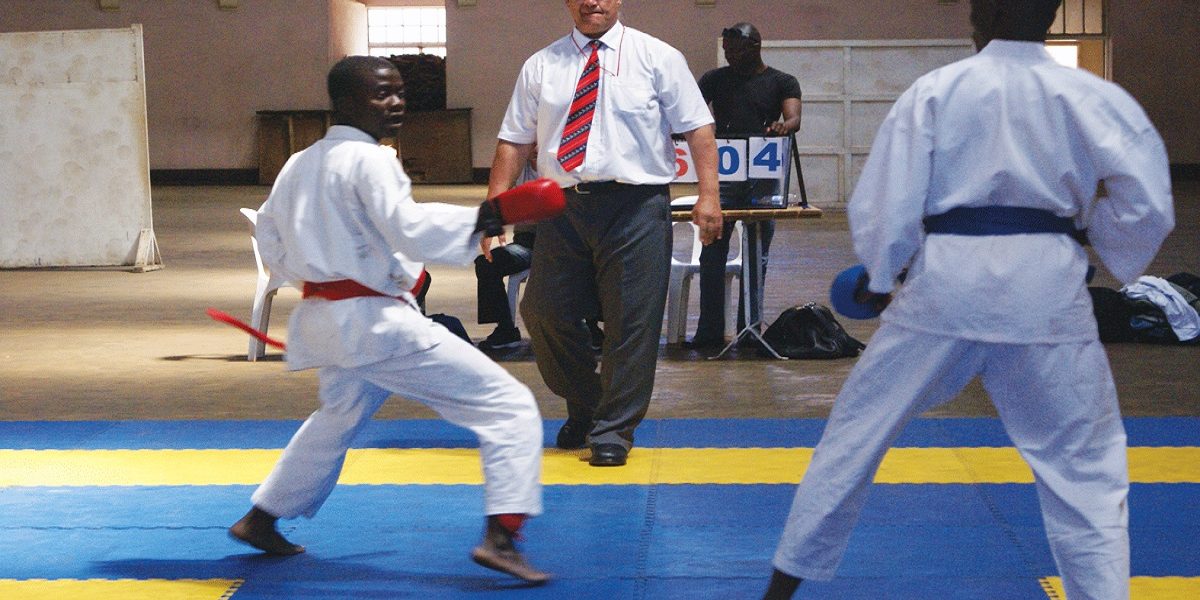 The Zimbabwe Karate Union (ZKU) has announced that the Zimbabwe Champion of Champions WKF Karate Tournament will this year be held at Drill Hall Police Station, Bulawayo on December 14.

ZKU president revealed that the tournament gives an opportunity to national team coaches to assess competitors for both categories, Kata and Kumite, to ascertain who qualifies to be in the Zimbabwe squad. Speaking to the Chronicle, Danisa said:

This tournament not only provides an opportunity for our athletes to showcase their skills, but also affords the national selection panel a chance to assess karatekas in their different categories. All registrations will be done through the Bulawayo Karate secretary-general. The SG will also set the deadlines for registrations. The chief referee will oversee the briefing of referees and coaches alongside the technical director.

He also revealed that participation fees have been set at $150 whether one is participating in one event or both Kata and Kumite while admission is free for spectators.

The sport is one of the most underfunded ones, resulting in some talent going unnoticed as karatekas have to, as they have been doing for the love of the sport and country, sacrifice a lot to participate at the tournament.