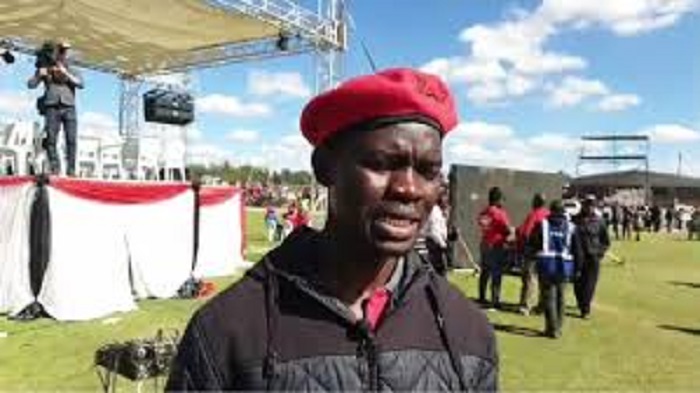 The shooting of live bullets, confirmation of the state’s addiction to violence.

On Sunday the 1st of December, the violent regime unleashed yet another section of the state apparatus in their desperate show of power.

The ZANU-PF led government has for long come to terms with the reality that they are unpopular and too weak to convince the nation hence they have mastered the regrettable art of coercion.

Yesterday was one such day of many others when madness superseded rationality resulting in the unjustified, unnecessary and uncalled for the firing of live bullets.

The people’s President Advocate Nelson Chamisa was in Marondera for the tree planting day ceremony where he was to plant trees in selected areas within the municipal area.

Just the knowledge that he will be stepping on the Marondera soil, as usual, sent the state into panic which led to the deployment of several heavily armed police officers.

Shockingly, the activation of the police officers was directed to people who were only armed with tree seedlings to champion a sustainable green environment.

This was the state’s strategy to bar the people’s President from showing leadership to the nation, which he has always done even in the face of state-sponsored multi-faceted prohibitions.

Yesterday’s events led to the firing of live bullets in the direction of President Chamisa. This clearly shows that the idea was to shoot the people’s President, something which deserves utmost condemnation and action.

I have read some lame tweet from the state, which tried to justify and sanitize the evil act. We would like to categorically state that no amount of word weaving will transform such acts of madness into sense.

The fundamental point to note is that lives are precious and peace is priceless. We do not at any point as a nation deserve violence especially from the state which has a responsibility to protect citizens.

Those who were behind the acts must be brought to book because such is unacceptable from professional police officers.

We call upon the police commissioner to provide us with all the names of those who were on duty in Marondera at the particular time.

This will help not only the nation but even the esteemed police services to know individuals with terroristic tendencies in their midst.