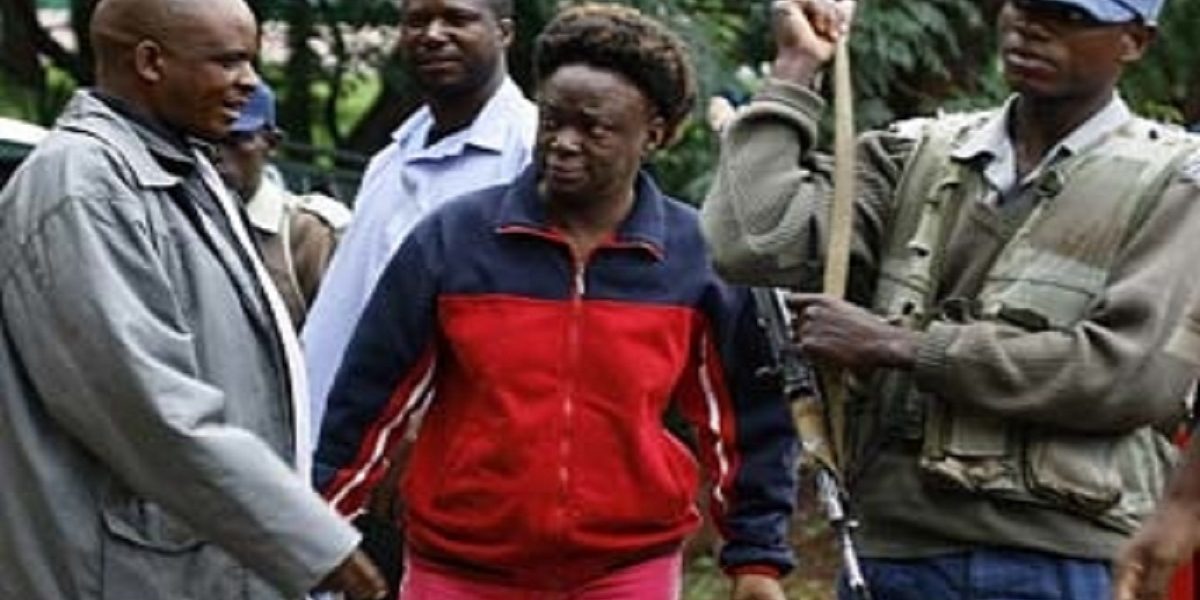 Zimbabwean human rights activist Jestina Mukoko arrives at a magistrate’s court in Harare on December 24, 2008. The top Zimbabwean rights activist, taken from her home by armed men at the start of this month, and nine others were in court today on charges of recruiting people for terrorist training. Jestina Mukoko, director of the Zimbabwe Peace Project — a rights group which has been compiling reports of election violence — was taken from her home on December 3 by about 12 armed men who identified themselves as police. AFP PHOTO / Desmond Kwande

Zimbabwe Peace Project leader, Jestina Mukoko has recalled how she was abducted by 5 unidentified armed men and a woman who were driving an unmarked vehicle with no registration numbers, from her home in Norton on the 3rd December 2008 around 5 am. Posting on Twitter, she said:


On this day they came for me at dawn. Incommunicado for 21 was tortured then 68 at Chikurubi. Why subject to abduction it’s cruel inhuman and cruel. My crime: to overthrow govt really ini? zvimwe vanhu itai muchinyara (me overthrowing the government? You must be ashamed of yourselves.)


In her affidavit back then, she said:

I was not wearing anything other than a nightdress. I had no undergarments and other personal and medical requirements.

She asked to wear some better clothes but she was forced out of the window by her abductors who then drove her for about an hour before putting her in “an interrogation room”. She said that she was asked numerous questions which later turned into accusations.

She said that the six men who were interrogating her accused her of recruiting youths to join the MDC through her organisation, ZPP. She added:

First, I was assaulted underneath my feet with a rubber-like object which was at least one metre long … Later, I was informed to raise my feet on to a table, and the other people in the room started to assault me underneath my feet. This assault lasted for at least five to six minutes. They took a break and then continued again with the beatings.

Mukoko was finally able to, briefly, in the presence of police, see her family. On Christmas Eve, and without legal consultation she was made to appear in court.

In March 2009, three months after her abduction, Mukoko was released on bail only to have the bail revoked in May. She was then again freed after an international outcry and protests from then MDC leader, Morgan Tsvangirai.

In June, at a hearing before the Supreme Court, a prosecutor admitted that Ms Mukoko had been abducted illegally.

One Comment on “Jestina Mukoko Recalls How She Was Abducted On 3 December 2008, Then Tortured”