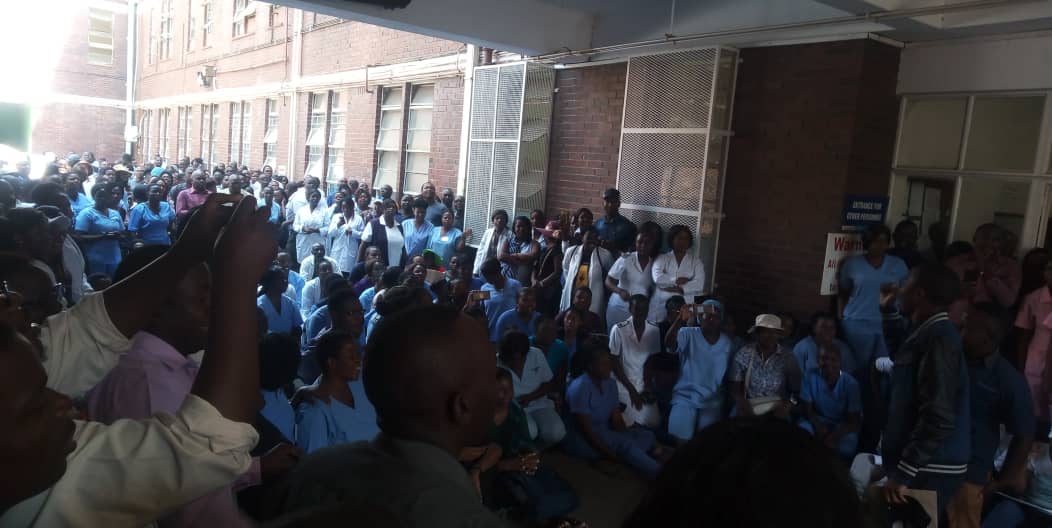 Zimbabwean doctors are meeting with government officials this Monday in a bid to end the health workers’ incapacitation that in now close to three months.

In a statement released on Sunday by the Senior Hospital Doctors’ Association (SHDA), the doctors have put three demands on the table. Below is the full statement by the SHDA:

SHDA would like to set the record straight on certain matters. Contrary to circulating media reports, we have not rejected the conciliatory gesture of His Excellency, in which a moratorium of 48 hours was extended to doctors who had been dismissed from government services.

The moratorium would allow fired doctors to return to work without questions being asked. We welcome the involvement of His Excellency as we believe the situation in our hospitals will now receive the level of attention it deserves.

As it stands, none of the prevailing factors that brought us to this point has been addressed, namely

1. A long term solution to our financial incapacitation by offering a living wage which will not be eroded by inflation

2. A safe working environment for ourselves and the patients in terms of hospitals themselves

3. Tools of the trade- we reiterate again that hospital drug supply remains poor, consumables remain inadequate, even syringes are a challenge, and the situation with equipment is as it was in March, because the Indian consignment was mainly unusable.

We cannot overstate the fact that at this point, should we all return to work tomorrow, there will be no change in the patient outcomes because of the poor state of the hospitals. Their families will just incur financial strain from medical and funeral bills.

However, we have now re-engaged our parent ministry and negotiations are at an advanced stage. We have kindly requested that the moratorium come into effect upon the conclusion of these negotiations to the satisfaction of both parties.

We hope that we can continue on this path of reconciliation and work together for a holistic and long-lasting solution.