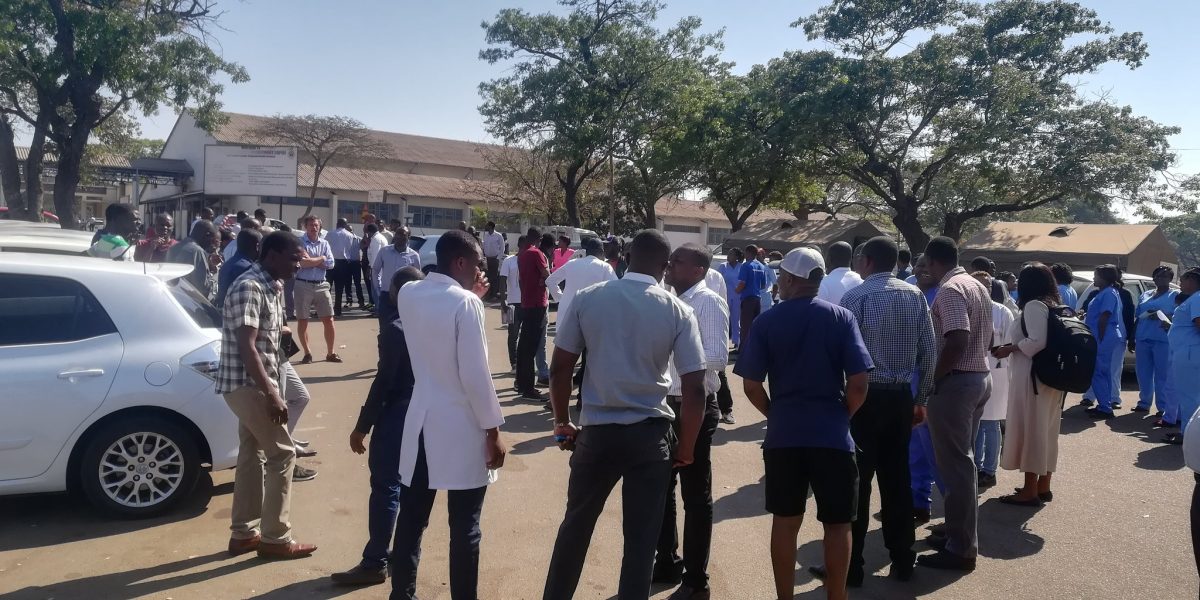 Today the ZHDA and SHDA representatives met the Catholic Bishops and Evangelical Fellowship of Zimbabwe representatives at their request to discuss the challenges in the and map a way forward with the government with a view to resolve them.

The Bishops highlighted their expression of the plight of the people which they did to the Presidium and their wish to see a closure of the differences that are visible between the government and the doctors.

Doctors expressed their gratitude for the effort made by the bishops. It was reiterated to them that doctors are not on strike but are incapacitated through:
1. Financial incapacitation
2. Lack of drugs, sundries and breakdown of equipment at the hospitals and
3. The need for a safe environment for patients and doctors.

The Presidential moratorium was discussed, and it was noted that no implementation framework had been unveiled for this moratorium as yet.

The doctors expressed their hope that the moratorium will be extended as needed in line with the timelines availed by the negotiations.

Negotiations are ongoing with the government and the government has expressed commitment to getting the issues resolved quickly as evidenced by the activity since the moratorium was issued.