Lawyers have today protested in Harare against police brutality on citizens. Zimbabwe Lawyers for Human Rights also joined the march despite the police ordering lawyers to “send not more than four (4) representatives to hand over the petition to the Minister of Home Affairs and Cultural Heritage and Commissioner General of Police respectively.”

The march comes a few days after police violently dispersed MDC supporters who were gathered at the party headquarters in Harare where MDC leader, Nelson Chamisa was delivering his Hope of the Nation Address.

Fellow lawyer, Doug Coltart was reportedly assaulted by the police when visited his client, Artuz leader Obert Masaraure at the police holding cells. 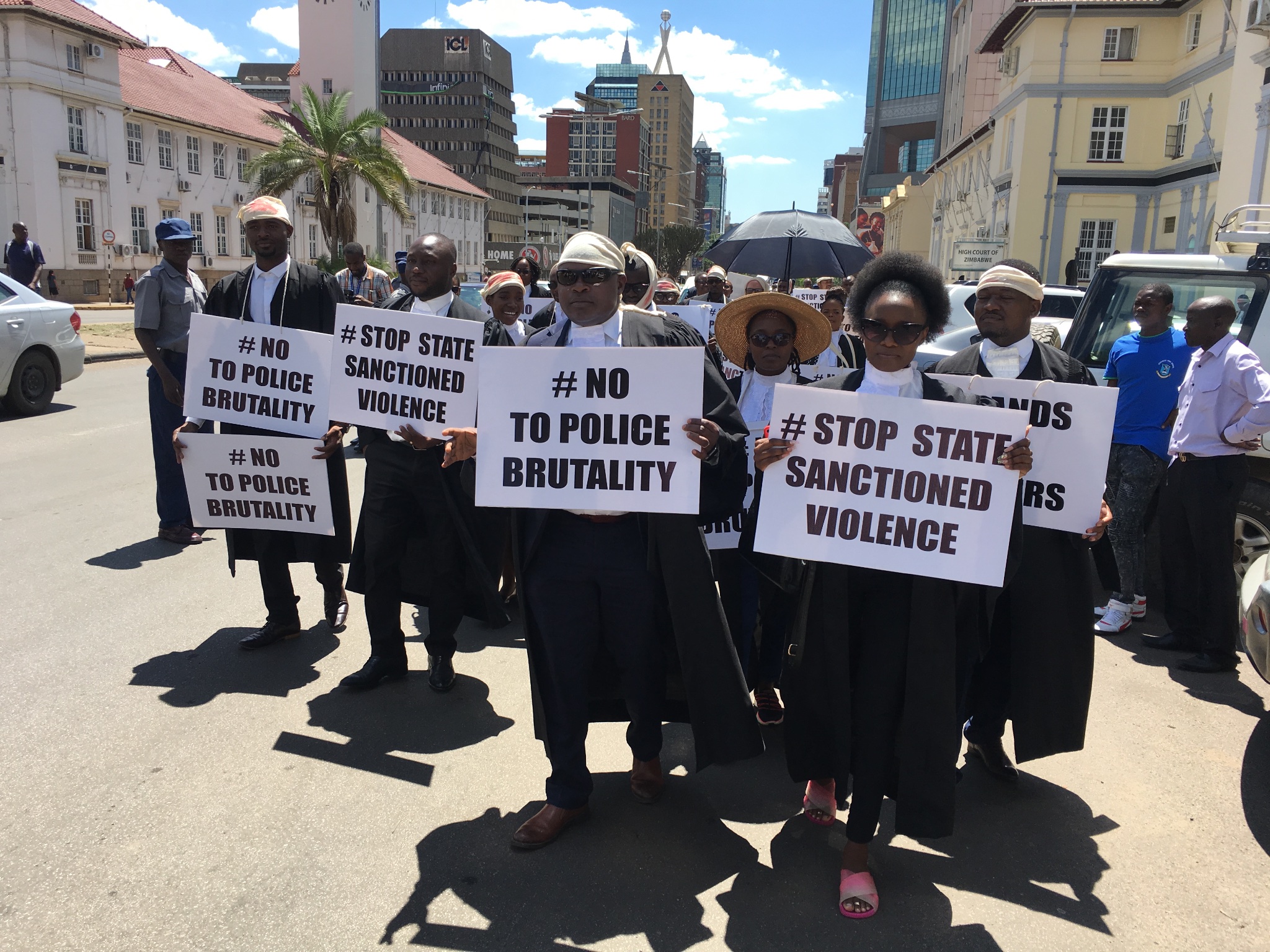 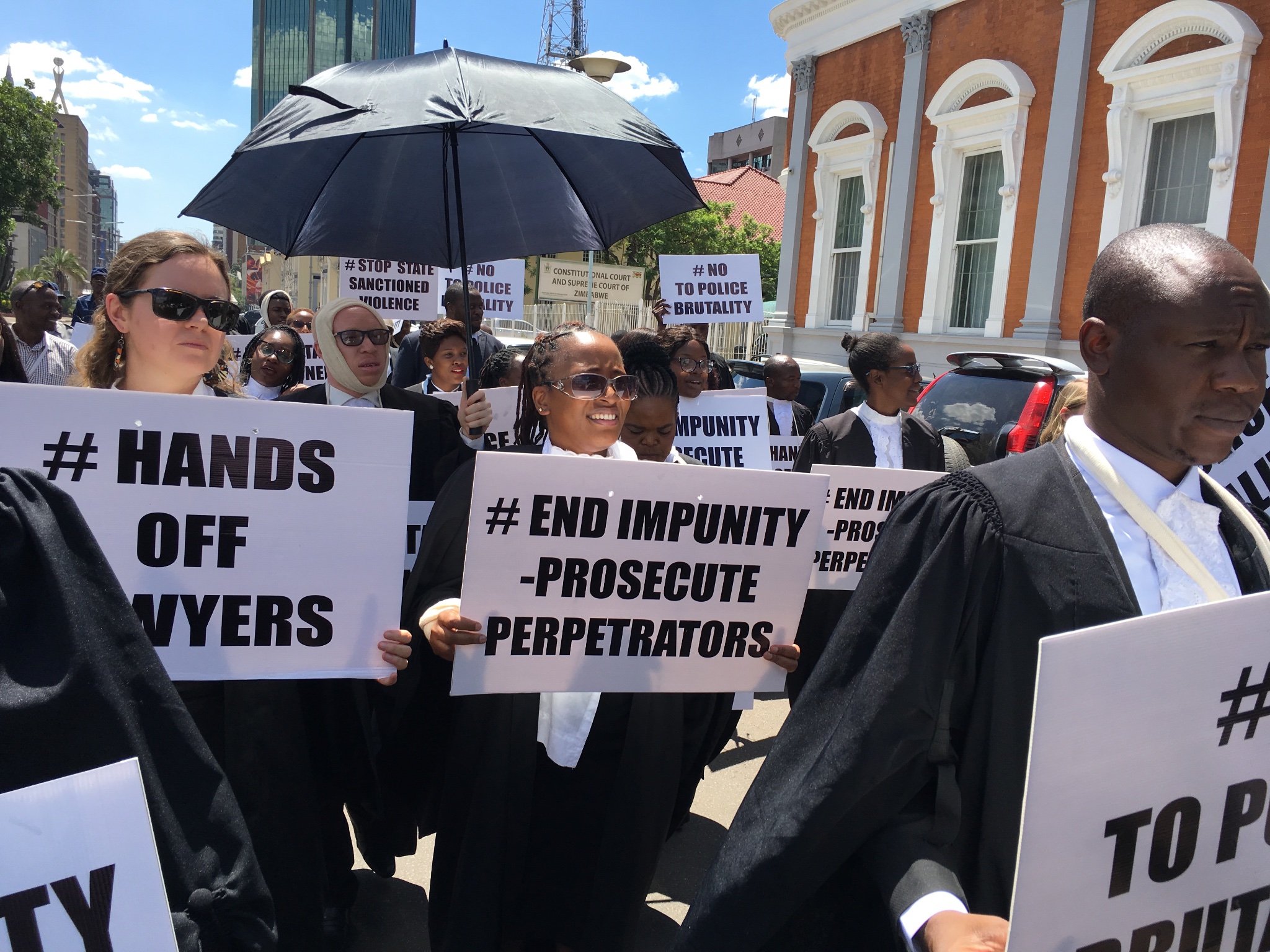