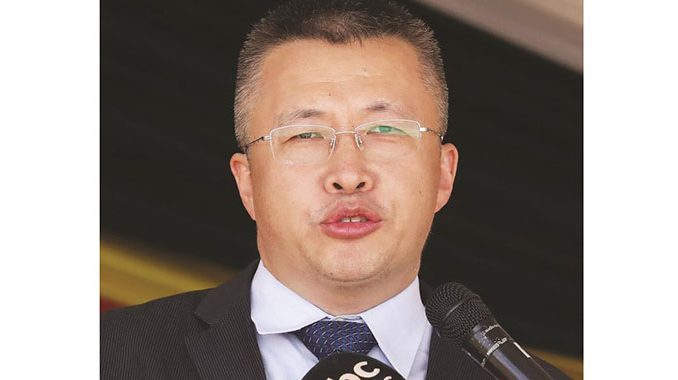 The deputy Ambassador of the People’s Republic of China to Zimbabwe, Zhao Baogang has satirically claimed that the figures of China’s contribution to Zimbabwe which were published by Finance Minister, Mthuli Ncube were a result of a minor calculation error.

His remarks come after Ncube released figures suggesting that the USA, the UK and other Western countries contributed to Zimbabwe better than China in 2019.

China responded by releasing figures showing that the Asian country had actually given Zimbabwe more aid than any other country and that of the USA and UK, combined, could not match it.

"I give you 5 chickens but you tell him that l only gave you 2 chickens" – Chinese Deputy Amb on the miscalculation by @MthuliNcube at the NANGO Directors summer school. pic.twitter.com/cDRm12282k