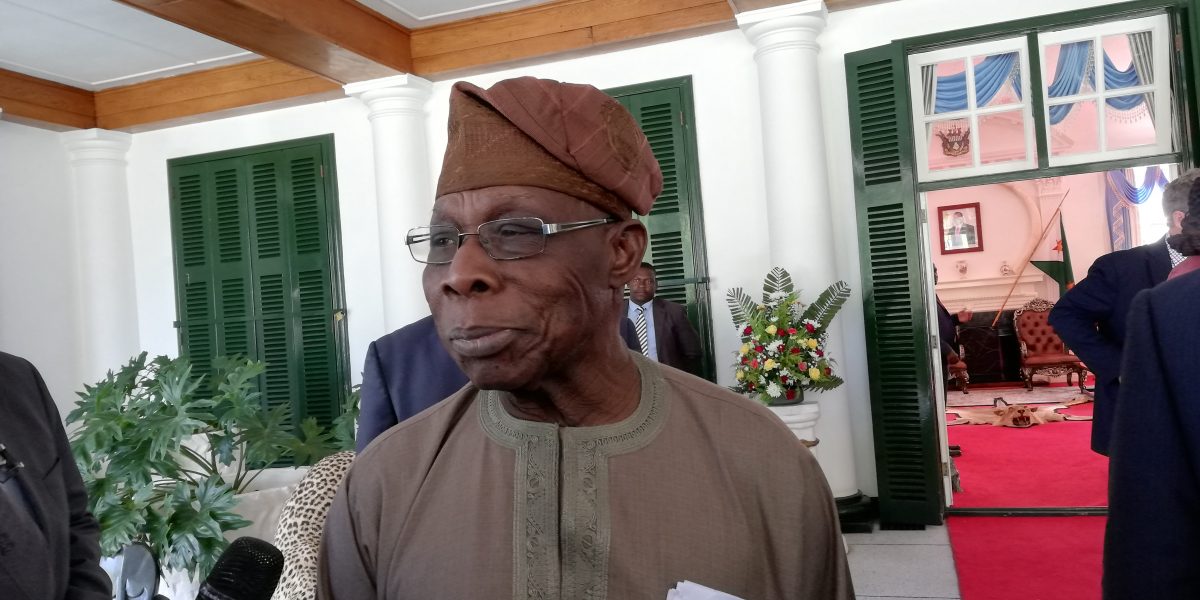 Speaking to reporters after the meeting, Obasanjo, who is in the country an official visit, asserted that political stability and predictability are key for investment. He said:

Political stability, security and predictability are preconditions for healthy economic development and investment both foreign and domestic.

We cannot be talking of development and progress without talking about all the things that must go with it like political stability, security, predictability and all the aspects of fundamental basic things that make preconditions for investment.

Obasanjo was in the company of Nicholas Oppenheimer and Gregory John Barrington Mills, executive members of South Africa-based Brenthurst Foundation, which he chairs.

Oppenheimer, a South African billionaire and philanthropist, said that they were keen on investing in Zimbabwe in due course.