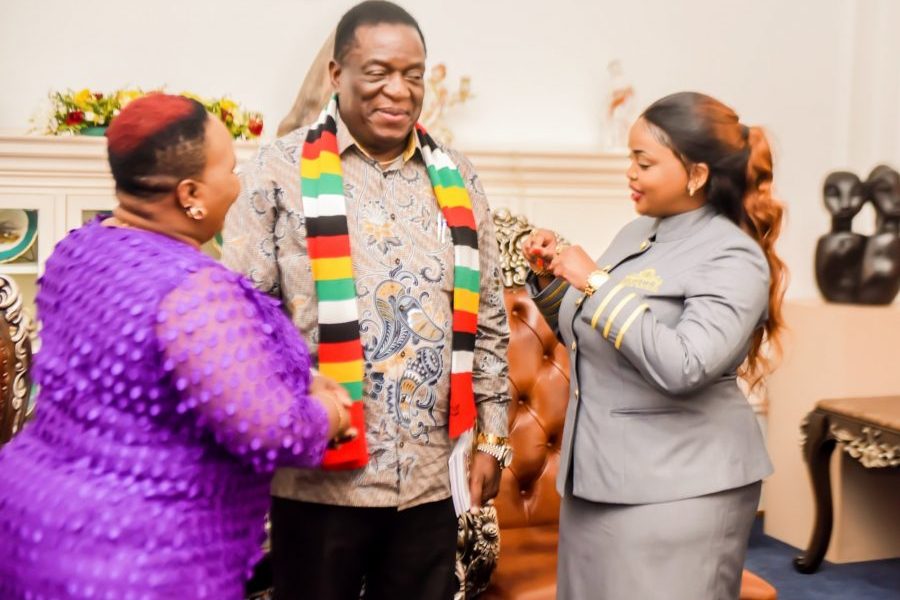 A flamboyant Kenyan prosperity preacher, Reverend Lucy Natasha, the founder and overseer of Prophetic Latter Glory Ministries International, has been chided by her social media followers after she posted pictures of her meeting with President Emerson Mnangagwa.

Natasha was in Zimbabwe on Saturday when she met President Mnangagwa at State House. Writing on Twitter after the meeting, Natasha said:

Great moments with His Excellency Emmerson Mnangagwa, the President of the Republic of Zimbabwe in State House earlier today.

I prophesy that God will usher you into a new realm of favour, dominion and influence. #OracleInZimbabwe #OracleWithThePresident

One of her Kenyan followers, Silas Chepkeres Jakakimba, was evidently not happy with the meeting. He commented:

You are such fakery on issues governance and what is good for Zimbabwe, @RevLucyNatasha. Keep to the Word if it is your calling to preach or teach it.

Meanwhile, Muzvare Betty Makoni, writing from the United Kingdom called out Natasha for being deceitful and unethical. She said:

Why are women so heartless. Why is your prophecy so deceitful? This is very wrong. There is no prophecy that endorses wrong.

Why has your prophecy not touched the lives of bereaved families killed by the army? Why does your church not see blood dripping on these people? Unethical.

One Taffy The Third warned Natasha that she will lose her credibility is she lies to the people of Zimbabwe. He wrote:

I respect your presence at the D.O.V all-night prayer. My wife said it was life-changing. But if you want to lose credibility, lie to the people of Zimbabwe… “All corrupt leaders who kill their people shall be removed by God” Apostle B. Java (23 November 2019)