The Civil Aviation Authority of Zimbabwe (CAAZ) has dismissed as fake reports circulating on social media suggesting that the authority’s workers were on strike.

Our attention has been drawn to some reports circulating on various media platforms this morning.

Our airspace is open and flights are operating as normal.

This denial of the alleged strike, however, caught the attention of exiled former Cabinet Minister, Professor Jonathan Moyo who responded saying:

Lies. You cannot fool all the people at any one time. Your radar system crushed this morning and affected flights amid claims of suspected sabotage!

Earlier reports had suggested that travellers were left stranded in the morning today after all outbound flights were cancelled owing to a strike by air traffic controllers.

Zim Morning Post reported that only Kenya Airways and Rwandair left the terminal around 4 am Tuesday, while Air Zimbabwe and Air Link were cleared mid-morning.

The publication also reported that one of the managers had to man the air traffic control tower as the strike paralysed the smooth flow of operations at Robert Mugabe International Airport.

As indicated in the memo below, workers were reportedly protesting against poor working conditions including elongated worrking hours. 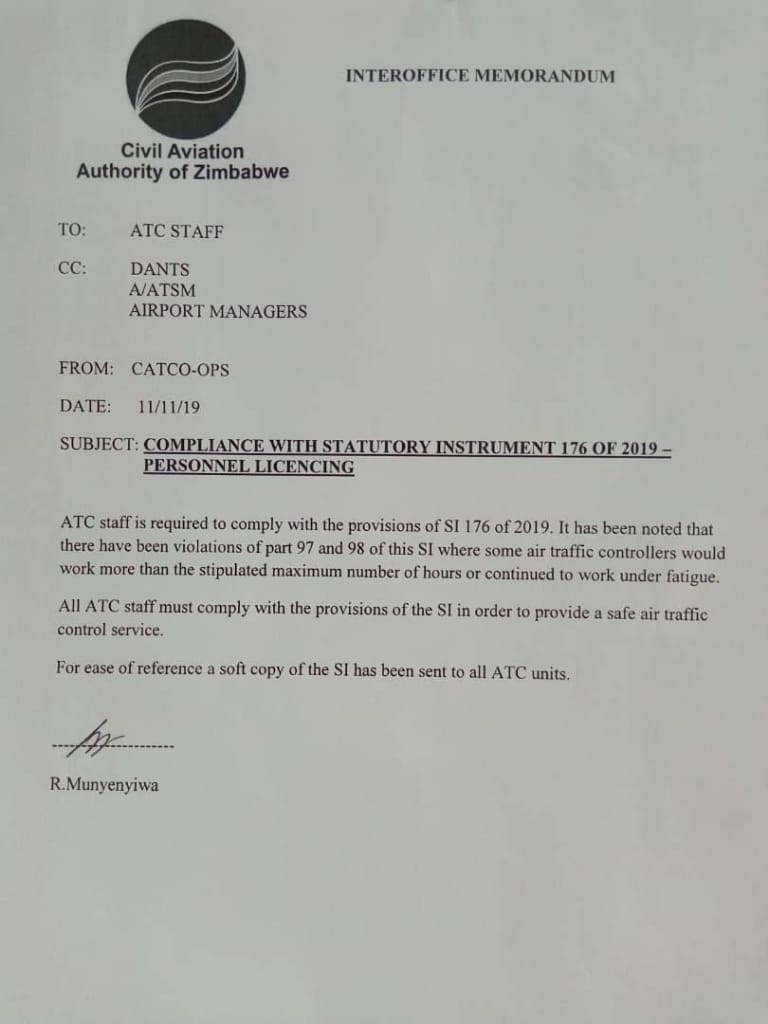