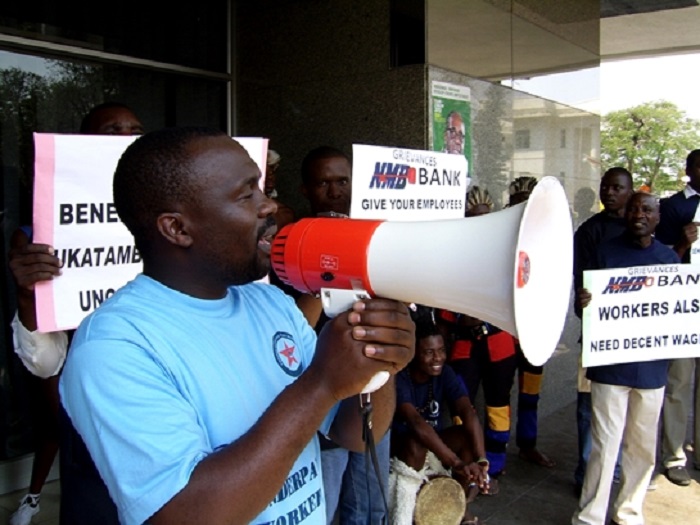 ZIBAWU’s letter to the police dated 22 November 2019 indicated that around 300 union members will “peacefully gather and demonstrate” at the Ministry of Finance offices adding that the Finance Minister brought untold suffering to workers in the financial services sector through his “unfavourable policies”. Part of the letter read:

The austerity measures and the introduction of SI 142 have brought immeasurable suffering to the workers in the banking sector and the generality of workers at large.

Accordingly, it is our right to bring to the minister’s attention the plight of workers in the financial services sector. Workers’ incomes have been eroded over 2 000%, yet the incomes have remained stagnant and in the process, pauperising finance sector workers.

The letter comes after the Finance Minister, Mthuli Ncube announced in his 2020 Budget Statement that the country was now exiting austerity and was now entering a phase of growth and employment creation.

The government embarked on austerity measures two years ago claiming that they were necessary to jump-start the economy that was and is still in a parlous state or worse.