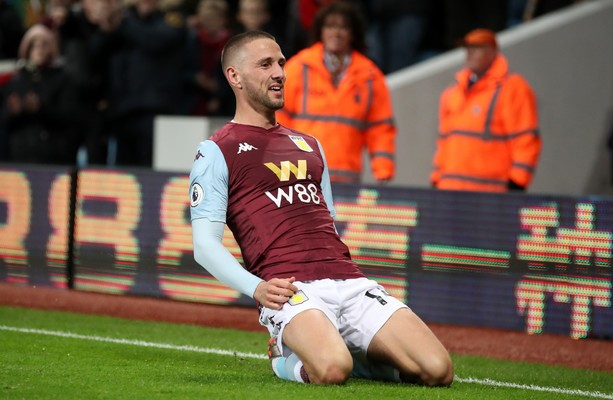 However, Nakamba was benched for the entirety of the match as his place in the middle of the park was handed to Jack Grealish who had been out of the side due to an injury.

Hourihane delivered another set-piece from almost a similar position to set up Anwar El Ghazi to finish from close range four minutes later.