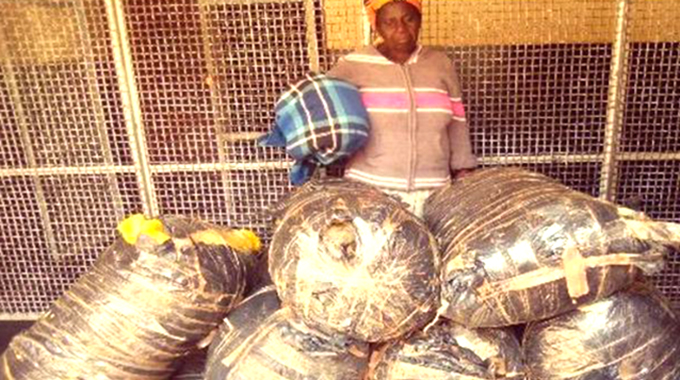 An elderly Mutare woman was last week arrested after she was found in possession of 228kg of marijuana stashed in a room at her home.

On November 11 at around midnight police received information concerning the accused person. Acting on that tip-off, a team of detectives was formed and it reacted to the supplied information. They proceeded to the suspect’s homestead and conducted a search.

When the detectives searched the house, they observed that one room was locked and the woman refused to open it, insisting that it was occupied by her tenant who had gone out.

After the detectives had forcibly opened the door to the room, they found 10 bags of dagga wrapped with black plastics leading to Mudauriwo’s arrest.