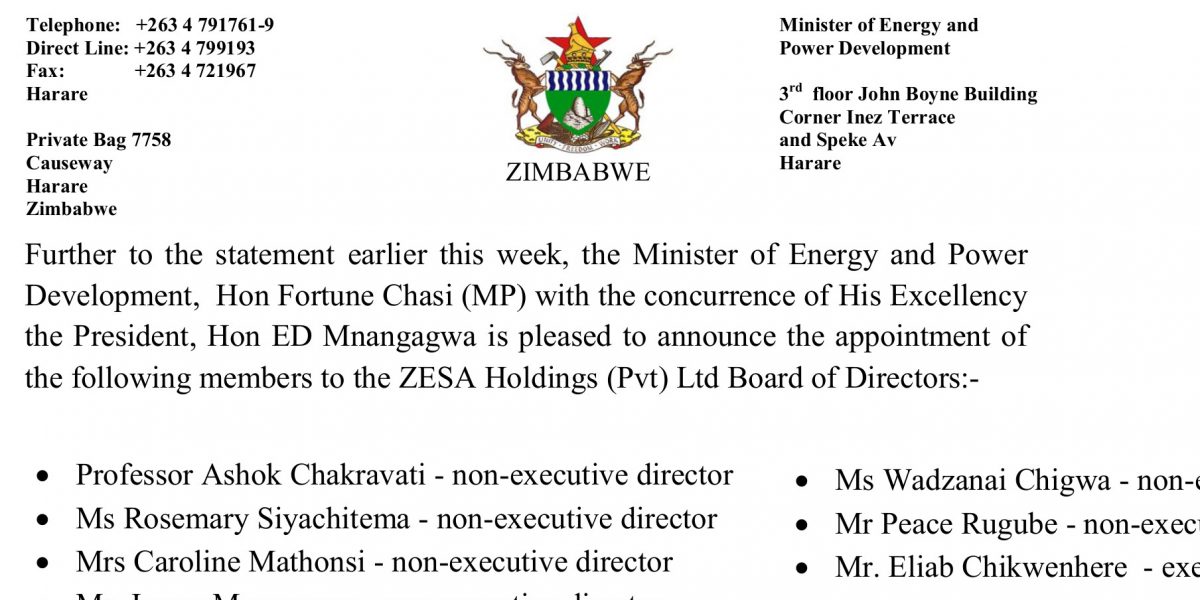 The government has announced the new ZESA board members that will join chairman Dr. Sydney Zukuzo Gata and vice chair Tsitsi Makovah that were announced earlier this week.

The following have been appointed non-executive directors:

Government came under fire earlier this week following Gata’s appointment given he was fired from the same job in 2006 and is seen as having contributed to ZESA current state. The country has been under severe load shedding of up to 19 hours a day for several months now.

You can download the government press release announcing the new members here.